'Judas and the Black Messiah': What to know about this much-talked about film 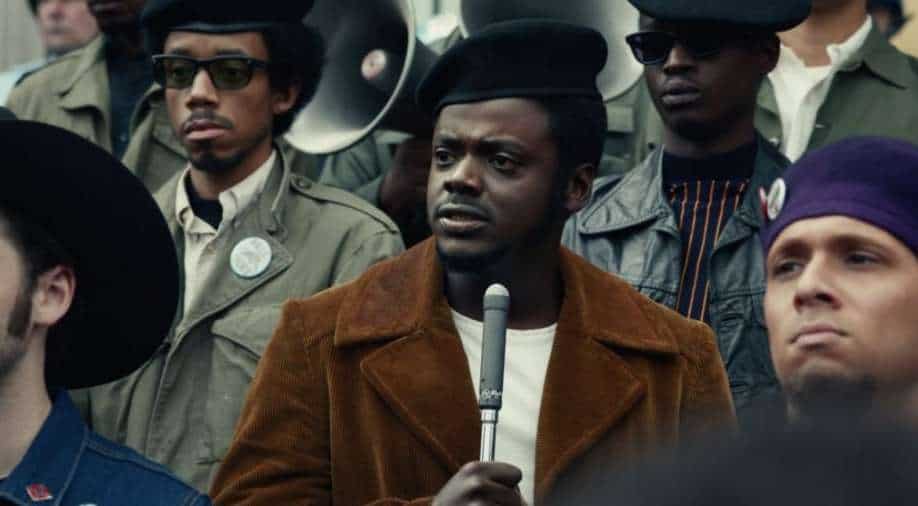 Here is a guide to the real-life people, groups and events that feature in “Judas and the Black Messiah.” Be warned, there are spoilers, if such a thing is possible when speaking of history.

To Black Americans in the 1960s who were targeted and harassed by the police, 21-year-old Fred Hampton was an empowering figure.

To the FBI and its director, J. Edgar Hoover, Hampton, the chairman of the Illinois Black Panther Party, was a radical threat.

Hampton was killed by Chicago police officers early on the morning of Dec. 4, 1969, during a raid on his West Side apartment, which was a block south of the Black Panther Party’s Chicago headquarters. The ambush, and the months of FBI surveillance of Hampton and the Panthers that preceded it, are dramatized in Shaka King’s film “Judas and the Black Messiah,” which began streaming Friday on HBO Max.

At the time of Hampton’s death, Chicago was the site of political protests and violent clashes with law enforcement. The infamous trial of the Chicago 7, a court battle that involved seven Vietnam War protesters charged with conspiring to incite riots during the 1968 Democratic National Convention (a saga chronicled in Aaron Sorkin’s recent film “The Trial of the Chicago 7”), had been underway for a little over two months.

King, who co-wrote the script with Will Berson, drew mostly from fact while taking viewers inside the Black Panther Party in the months leading up to Hampton’s death, though they took a few dramatic liberties. For instance, the film’s star, Daniel Kaluuya, is a decade older than the 21-year-old Hampton was when he was killed.

Here is a guide to the real-life people, groups and events that feature in “Judas and the Black Messiah.” Be warned, there are spoilers, if such a thing is possible when speaking of history.

Who were the Black Panthers?

The Black Panther Party was founded in 1966 in Oakland, California, by a pair of Black college students, Bobby Seale and Huey P. Newton, to oppose police brutality and racism in local neighborhoods. The Panthers, who were known for their military-style black berets, leather jackets and raised-fist salute, believed in removing abusive officers from communities by any means necessary, including armed resistance.

The FBI viewed the Panthers as a radical group capable of galvanizing a militant Black nationalist movement. (Hoover, the bureau’s first director, called the Black Panther Party “the greatest threat to the internal security of the country”). But the Panthers also launched a number of social initiatives: Members ran medical clinics, provided free transportation to prisons for family members of inmates, and started a free breakfast program that fed thousands of schoolchildren.

Who was Fred Hampton?

The charismatic community organizer enjoyed a meteoric rise that took him from campaigning for an integrated community pool and recreational center in his hometown, Maywood, Illinois, to preaching to thousands as the chairman of the Illinois Black Panther Party.

In 1969, a few months after helping to found the party’s Illinois chapter, the 20-year-old Hampton brokered an alliance he called the Rainbow Coalition, which united the Black Panthers, the Young Patriots (Southern white leftists) and the Young Lords (a Puerto Rican civil and human rights organization) in an effort to combat poverty and racism in their Chicago communities.

Hampton’s rapid ascent through the ranks of the Black Panther Party landed him in the cross hairs of a secret FBI counterintelligence program, known as Cointelpro, that Hoover formed to “expose, disrupt, misdirect, discredit or otherwise neutralize the activities of Black nationalist, hate-type organizations.” Targets included both the Rev. Martin Luther King Jr. and the Ku Klux Klan. Hoover declared in an internal memo that he sought to prevent the “rise of a ‘messiah’ who could unify and electrify the militant Black nationalist movement.”

Under Cointelpro, the FBI tried a number of tactics to sow discord within the Black Panther Party at the national and local levels, including sending bogus letters to two of its leaders, Eldridge Cleaver and Huey Newton, which claimed that each sought to depose the other. Authorities also arrested Hampton and several other Panthers in an effort to publicly discredit the group.

In the months before the raid on Hampton’s apartment, the Panthers and the police also faced off in two gunbattles: One in July 1969 at the party’s West Side headquarters in which five police officers and three Panthers were injured, and a South Side fight that November that left two officers and one Panther dead.

Who was William O’Neal?

At 17, O’Neal (Lakeith Stanfield in the movie) already had a criminal record when the FBI agent Roy Mitchell (Jesse Plemons) tracked him down after he stole a car in 1966. But O’Neal soon took on a new role: FBI informant. Given the choice between facing felony charges or agreeing to infiltrate the Panthers, he opted for the latter: as a security captain in the Illinois Black Panther Party, he infiltrated Hampton’s inner circle.

In 1969, O’Neal sketched a floor plan of Hampton’s West Side apartment, including where everyone slept, which the FBI then shared with the Chicago Police Department, the agency that conducted the fatal raid. But unlike the character in “Judas and the Black Messiah,” the real O’Neal did not see his actions as a betrayal of Hampton or the Panthers. “I had no allegiance to the Panthers,” he recalled in an interview for the PBS docuseries “Eyes on the Prize,” which chronicled the history of the civil rights movement in the United States.

What happened the morning Fred Hampton was killed?

Fourteen Chicago police officers showed up before dawn on Dec. 4, 1969, at Hampton’s apartment, acting on the orders of Edward V. Hanrahan, the Cook County state’s attorney. Over the course of about 10 minutes, more than 80 shots were fired. When the smoke cleared, Hampton, 21, and another party leader, Mark Clark, 22, were dead, and four other Panthers and two police officers were wounded.

At first, the police claimed they killed Hampton in self-defense after people in the apartment began firing shotguns at them as they tried to execute a search warrant for illegal weapons. But ballistics experts determined that only one of the bullets was probably discharged from a weapon belonging to an occupant of the apartment. A federal grand jury investigation also revealed that the “bullet holes” in the apartment’s front door, which officers had cited as evidence that the Panthers had shot at them, were in fact nail holes created by police.

Though the Chicago Police Department had led the raid, the grand jury concluded that it had been coordinated by the FBI as part of Hoover’s mission to cripple the Black Panther Party — and an FBI memo later revealed that the bureau had authorized a bonus payment to O’Neal.

The first federal grand jury declined to indict anyone involved in the raid, and though a subsequent grand jury indicted Hanrahan and the police officers who participated in the shootings, all the charges were dismissed. In 1982, without admitting any wrongdoing, the federal government, the city of Chicago and Cook County agreed to pay $1.85 million to the families of Hampton and Clark and to survivors of the raid.

Clarence M. Kelley, who succeeded Hoover as head of the FBI in 1973, issued a public apology three years later for the bureau’s abuse of power in the “twilight” of Hoover’s career. “Some of those activities were clearly wrong and quite indefensible,” Kelley said. “We most certainly must never allow them to be repeated.”

Bella Hadid has quit drinking for this horrible reason