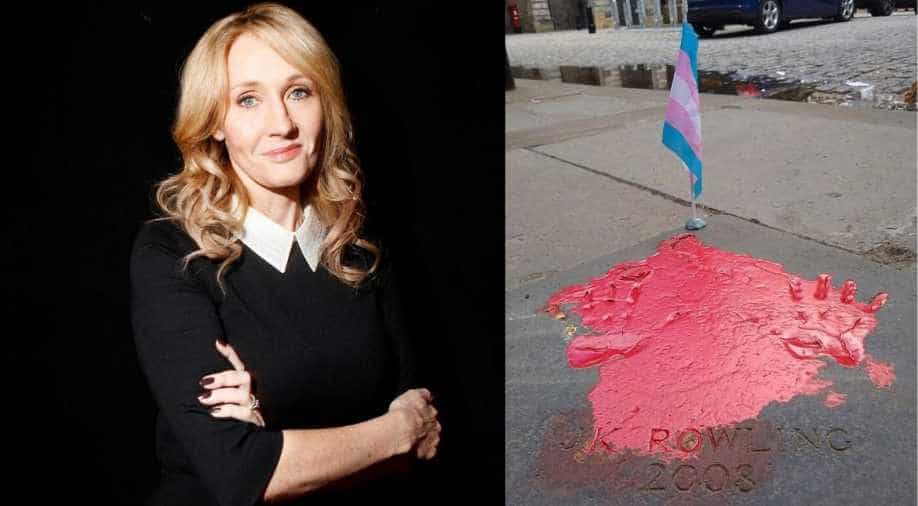 JK Rowling has faced a lot of flak for her tweets like suggesting that gender transition hormones are a "new kind of conversion therapy."

‘Harry Potter’ author JK Rowling has been in the news for sometime now and not for all the right reasons. Deemed as “transphobic” for her recent comments, Rowling’s handprints in her home town of Edinburgh have been splattered with ‘blood-like red paint’.

JK Rowling’s handprints were installed outside of Edinburgh City Chambers in 2008. The vandals have also placed a transgender rights flag nearby. Pictures of the same are now circulating on social media. 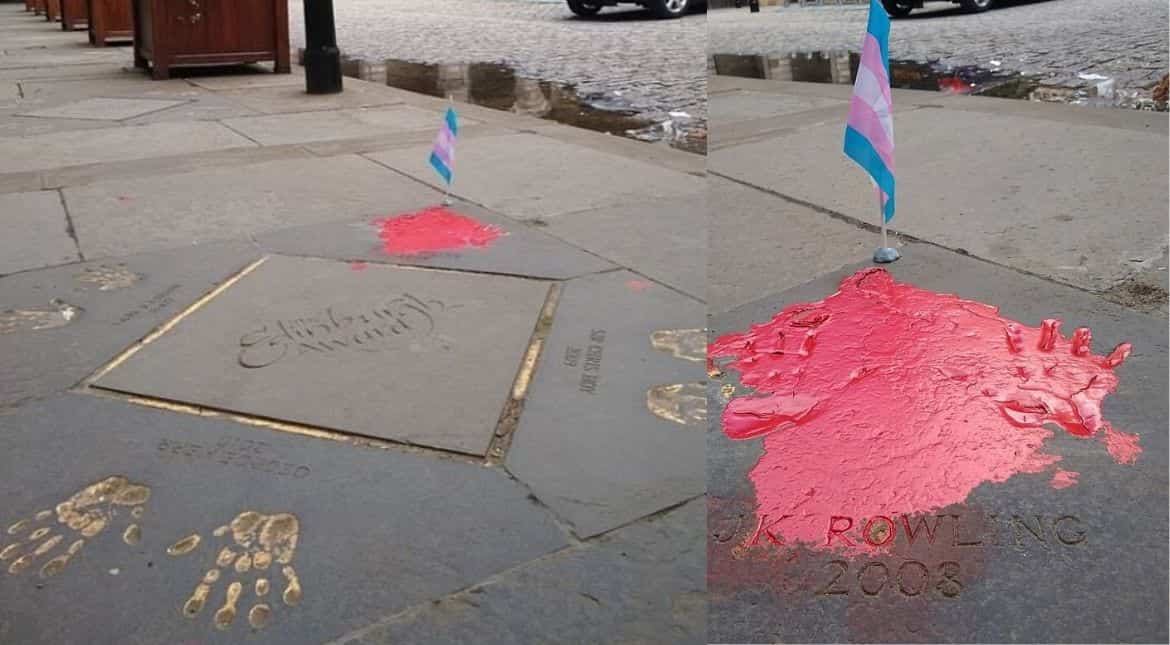 This comes amid rising backlash against her for comments on people from the LGBTQ community.

JK Rowling had recently suggested that gender transition hormones are a “new kind of conversion therapy” and other similar things. She had recently reacted to an online article titled 'Opinion: Creating a more equal post COVID-19 world for people who menstruate.'

'People who menstruate.' I'm sure there used to be a word for those people. Someone help me out. Wumben? Wimpund? Woomud?', the award-winning writer told her 14.5million followers.

AFter she faced criticism, she wrote an open letter to defend her stance. She wrote, “Like every other domestic abuse and sexual assault survivor I know, I feel nothing but empathy and solidarity with trans women who've been abused by men.” 'I'm not sorry': Outrage over UK story by JK Rowling's ex-husband 'justifying' abuse

In a series of tweets, Rowling said she supported transgender rights but did not believe in 'erasing' the concept of biological sex.

JK Rowling's remarks have not gone down well with ‘Harry Potter’ stars  including Rupert Grint, Emma Watson - who played Hermione in the film franchise, Daniel Radcliffe who played Harry and Eddie Redmayne, who stars in her Fantastic Beasts films.

Now, Jk Rowling along with other 150 other authors have written an open letter against ‘cancel culture’. Read it here.