Jim Carrey returns to his zany roots for 'Sonic the Hedgehog' 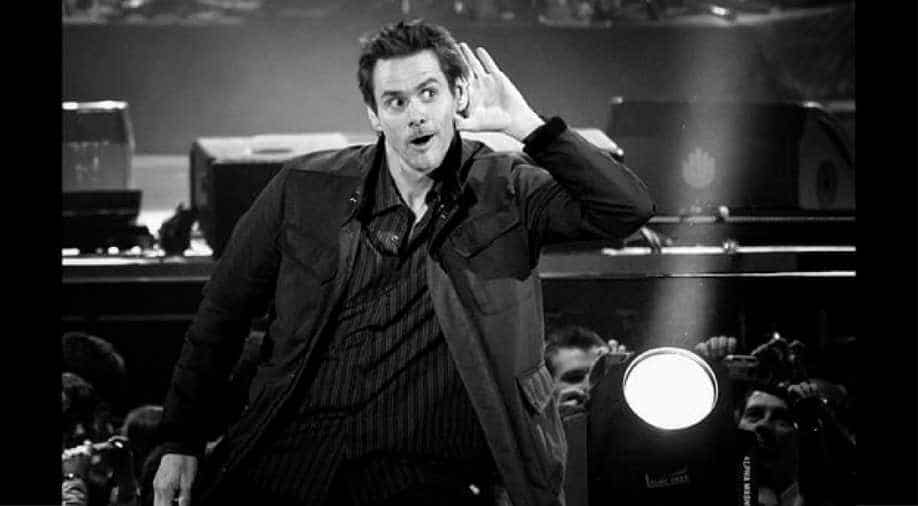 New film 'Sonic the Hedgehog' sees the blue iconic Sega character sprint onto the big screen for the first time, but also it marks the return of a Jim Carrey over-the-top zany performance that made him famous in films like 'The Mask' and 'Ace Ventura: Pet Detective'.

Talking to Reuters, he said "The guy's got to have a life so there's really not a lot of that in the video game. He just comes in evil and that's it. So, for me, he's the guy who absolutely feels completely worthless in his own mind and that coupled with evil and incredible genius is a wonderful explosion of comedy that can be had."

He added "There's kind of great themes in there for me, you know. I say Robotnik has a Sonic shaped hole in his heart, you know, and he'll never fill it because he doesn't understand that he has to allow it and not own it, you know, so there's really fun stuff, man. And they let me dance. What are you going to do? They say, here's a room, what are you going to do? I like that option."

Carrey was encouraged to ad-lib throughout the performance, but much of his performance was left on the cutting room floor.

Talking about his process, he said: "I learn the script and I like what's on the page but then I'll think of 10 ideas before I go to bed, I'll think of some while I'm dreaming, I'll wake up the next morning and have five more and then I get to the set and I can't remember anything, so maybe three to five of them will actually enter into things at the right time and come back to me."

"These ideas keep coming and there are so many they could never all get in. But, I use them all later," he said, adding "No creativity ever goes to waste. I'm like a hunter that uses all the animal. I'm wearing the fur right now from my ideas."

The film is a buddy film between local policeman Tom Wachowski (James Marsden) and Sonic, as the two embark on a road trip to San Francisco to retrieve the hedgehog's all-important rings.

For Marsden, it was challenging acting opposite a ball on a pole or a piece of green tape. But that changed as soon as his comedic idol appeared.

"Then Jim steps onto the set and it's like there's an electricity to the set and he is there not to do work and go home, he's asking for more takes and coming up with these brilliant ideas and different paths and rhythms that the scene could take," said Marsden.

He added "I'm looking at my comedic hero. I grew up impersonating him impersonating people and making people laugh at school because of that, so I owe so much of what I do in my life to watching Jim Carrey so to be able to be on set sharing these scenes with him was a very special thing for me."

The role of Sonic is played by 'Parks and Recreation''s Ben Schwartz, who worked alongside Marsden before shooting to create their relationship on screen.

Schwartz came in later to add the voice and face movement to the hedgehog, who Schwartz likened to a lonely child.

He said "When I read the script, he feels like a little kid that wasn't allowed to play with anyone else and he's finally able to go out in the world and do all these things. He's allowed to show everyone how fast he is, he's allowed to be friends with James Marsden and stuff like that so if I could encompass that feeling of that little kid being so excited, I feel like kids will be able to connect with him more and then you could really see the aspects of what makes Sonic Sonic."

'Sonic the Hedgehog' hits cinemas in North America on February 14.