'Jeopardy!' gets a new host after the death of Alex Trebek 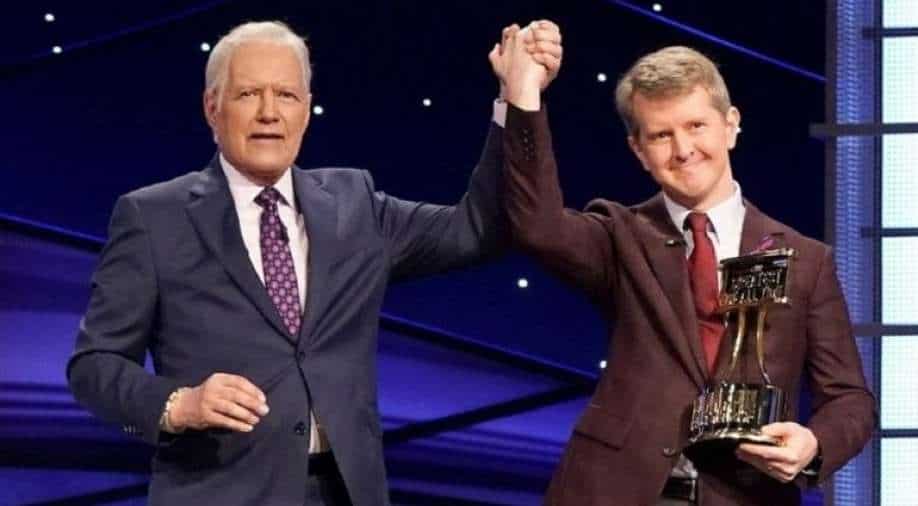 Ken Jennings will now take over as the interim host when the show resumes production on November 30.

Ken Jennings will now take over as the interim host when the show resumes production on November 30.

Jennings will be the first in a series of guests hosts who have been shortlisted post-Trebek's death on November. So far the makers have not named a permanent host and reports state that names of other guest hosts will be announced in the coming weeks.

"Alex believed in the importance of 'Jeopardy!' and always said that he wanted the show to go on after him," said executive producer Mike Richards while speaking to The Hollywood Reporter.

"We will honor Alex's legacy by continuing to produce the game he loved with smart contestants and challenging clues. By bringing in familiar guest hosts for the foreseeable future, our goal is to create a sense of community and continuity for our viewers," he further added.

Earlier this year, Jennings won the primetime 'Jeopardy! The Greatest of All Time' tournament, defeating James Holzhauer and Brad Rutter in the best-of-seven format.

Jennings first episode as a host will air next year in January. Trebek's last episode was taped on October 29- days before his death. The episode will air on January 4.