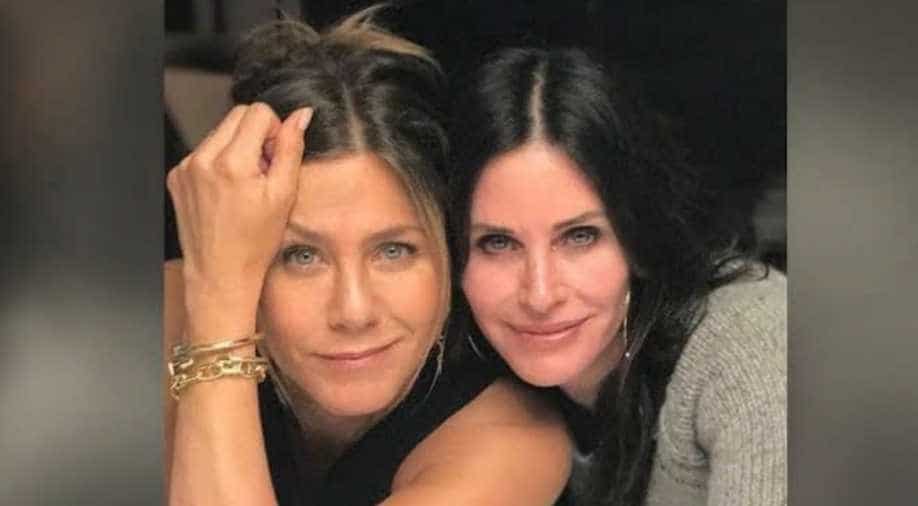 Aniston and Cox will appear in a 'Friends' reunion special with their fellow castmates.

Jennifer Aniston and Courteney Cox always gave us the old 'Friends' vibe, while enjoying a game of pool.

In the video, 'The Morning Show' actor is seen frustrated as she is missing shot after shot while Cox is seen pocketing several balls

Courteney also shared the same video on her Instagram, and captioned it as, "I may have had a good night...but could my friend BE any cuter?"

Aniston and Cox will appear in a 'Friends' reunion special with their fellow castmates Lisa Kudrow, Matthew Perry, Matt LeBlanc, and David Schwimmer. The filming of the anticipated special was delayed earlier this year due to the novel the pandemic.

Meanwhile, Jennifer also posted a photo ex-husband Brad Pitt as a promo for their upcoming reunion for the reading of the classic 1982 movie 'Fast Times at Ridgemont High'. This would be the second reunion of the former couple this year, following their backstage meeting at the SAG Awards. The pair were married from 2001 to 2005.