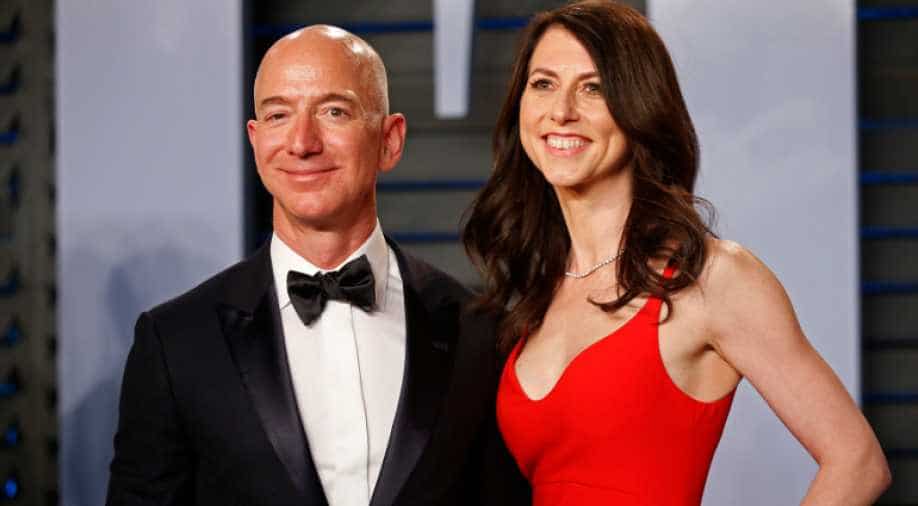 "After a long period of loving exploration and trial separation, we have decided to divorce and continue our shared lives as friends," the tweet read.

Just after the announcement of separation, few romantic texts sent by the CEO of Amazon Jeff Bezos to American news anchor Lauren Sanchez have been leaked by The Enquirer.

Earlier this week, Jeff Bezos and his wife MacKenzie Bezos claimed that they are getting divorced after 25 years of marriage.

Lauren Sanchez is the former co-host of 'Good Day' show.

Moreover, the National Enquirer has released purported texts between Bezos and Sanchez that could throw a new light to their relationship, E! News reported.

In a message obtained by the outlet, the CEO wrote, "I love you, alive girl. I will show you with my body, and my lips and my eyes, very soon."

In another text, "I want to smell you, I want to breathe you in. I want to hold you tight.. I want to kiss your lips.. I love you. I am in love with you."

However, the authenticity of messages is not yet confirmed by Jeff's team.

Further, a lawyer representing Jeff said it was "widely known" that Jeff and MacKenzie had been "long separated," E!online quoted the lawyer telling The Enquirer.

Earlier, the couple published a joint statement on Wednesday on the Amazon CEO's Twitter account stating that the two will get a divorce but continue to cherish each other as friends.

"After a long period of loving exploration and trial separation, we have decided to divorce and continue our shared lives as friends," the tweet read.

Concluding their gratitude, the couple further wrote: "We feel incredibly lucky to have found each other and deeply grateful for every one of the years we have been married to each other. If we had known we would separate after 25 years, we would do it all again."

The couple also said that they are looking forward to working together as "parents, friends, partners in ventures and projects, and as individuals pursuing ventures and adventures."

Jeff and MacKenzie have four children.