Jane Fonda arrested during climate change protest at US Capitol 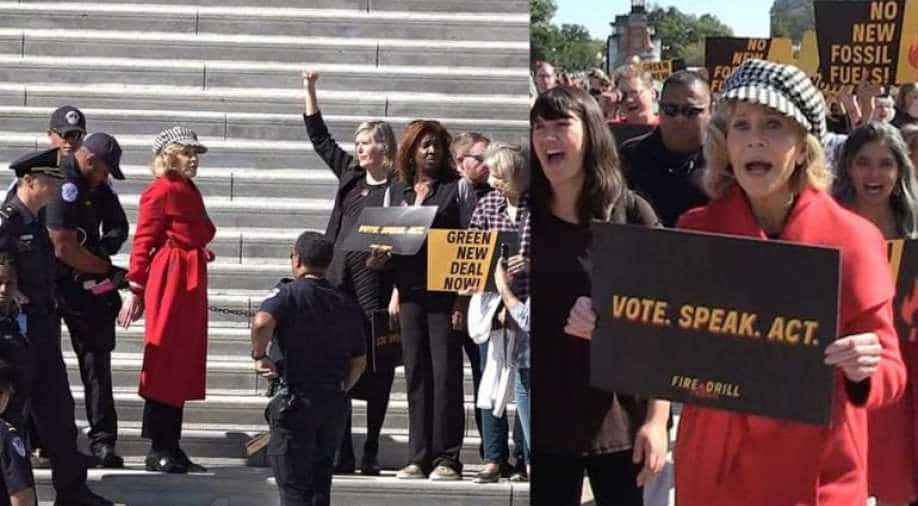 A clip posted on social media even showed a handcuffed Fonda being escorted to the police vehicle.

Fonda along with 16 other demonstrators was charged for crowding, obstructing or incommoding. 'Today, the United States Capitol Police arrested 16 individuals for unlawfully demonstrating on the East Front of the US Capitol,' reported by a news agency.

A clip posted on social media even showed a handcuffed Fonda being escorted to the police vehicle. The 81-year-old was protesting with the group Oil Change International over the ongoing climate crisis.

"I will be on the Capitol every Friday, rain or shine, inspired and emboldened by the incredible movement our youth have created," Fonda had written on her website on Thursday, a day before her arrest.

In the past few decades, the actor has redefined herself has a political activist and a staunch opponent of oil developments."I can no longer stand by and let our elected officials ignore and even worse empower the industries that are destroying our planet for profit. We can not continue to stand for this," she had said recently on her website.

'Fire Drill Fridays', is what she addressed the demonstrations in her post adding that "I've moved to Washington DC to be closer to the epicenter of the fight for our climate."