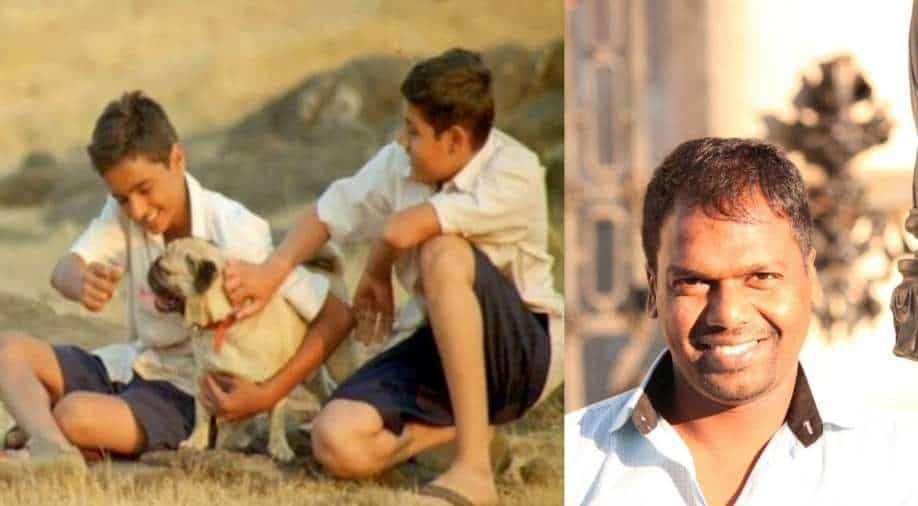 Vinod Peter has written, directed and produced the film 'Puglya' under the banner Abraham Films

Doing the festival rounds, Marathi film ‘Puglya’ recently won big at the Moscow International Film Festival 2021. A sweet story of two boys and a pug has been a festival favourite ever since it started its festival tour. Now, ‘Puglya’ director Vinod Peter gets talking to WION on capturing the innocence of the trio in the film and why we need such films especially amid the pandemic as a reminder of good times.

“When Puglya won accolades at the Moscow Film Festival, I was totally at a loss of words. I had always read about the feeling that one gets when he/ she represents India on an international platform. Here, I was not just representing India, but also won a prestigious award for my country”, says Vinod of the film winning at the famed festival. ‘Puglya’ has travelled to various International Film competitions, including in London, Italy, Sweden, Australia, Philippines, Turkey, Iran, Argentina, Lebanon, Belarus, Russia, Kazakhstan, Spain, Philippines, Israel, USA and Canada.

Vinod has written, directed and produced the film under the banner Abraham Films. While the film is a work of fiction, the director says that the film “in totality looks like a true story”. He thanks the starcast and technical team to make it look like how it does.

While the Marathi film has done rounds at several film festivals, it is yet to release in India but that has been the ploy of the pandemic as Vinod admits they have been looking for a suitable time for a “pan-India” release of the film. “The very moment the situation is back to normal, we are planning a pan India release of Puglya,” he offers in response.

On the whole regional Indian language films living under the shadow of Hindi films aka Bollywood, Vinod says, “In my opinion, any film, as a whole, should be totally subject driven. You should have a good story, good script, good music, great technicians and talented artists to execute the vision. If everything comes together, that’s when great films are born and made. A film which is distinct and appealing is accepted even from a newcomer. Hindi films do have an influence but as a filmmaker if you stick to the originals, you are bound to see results, like I did."

On any one thing he’d like to change in the film scene in the country, Vinod suggests the “government should provide more subsidies, which will eventually help the producers to promote their films beyond the proverbial state boundaries.”

As for his future plans, Vinod was to start work on a Hindi film but the project has been put on hold owing to the pandemic.