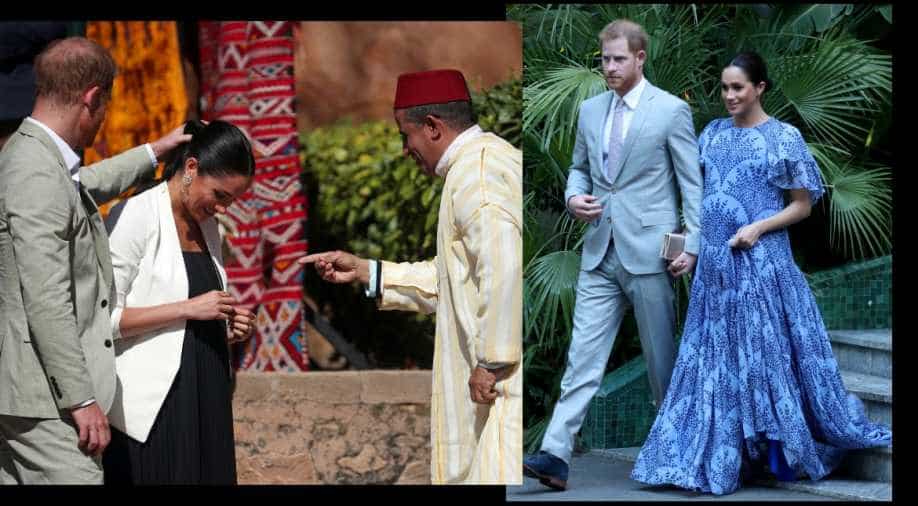 The couple is said to have flown back to London on Monday evening, after the tea party.

Prince Harry and wife Meghan Markle wrapped up their official visit to Morocco on Monday. The royal couple enjoyed a tea ceremony with King Mohammed VI at a Royal Palace in Sale, near Rabat on their last day of the visit.

Prince Harry handed over a letter to the Moroccan monarch from the Queen of Britain before their tea ceremony. Meghan chose a bright blue floral printed dress with frilled sleeves. Meghan is heavily pregnant with her first child with Harry. 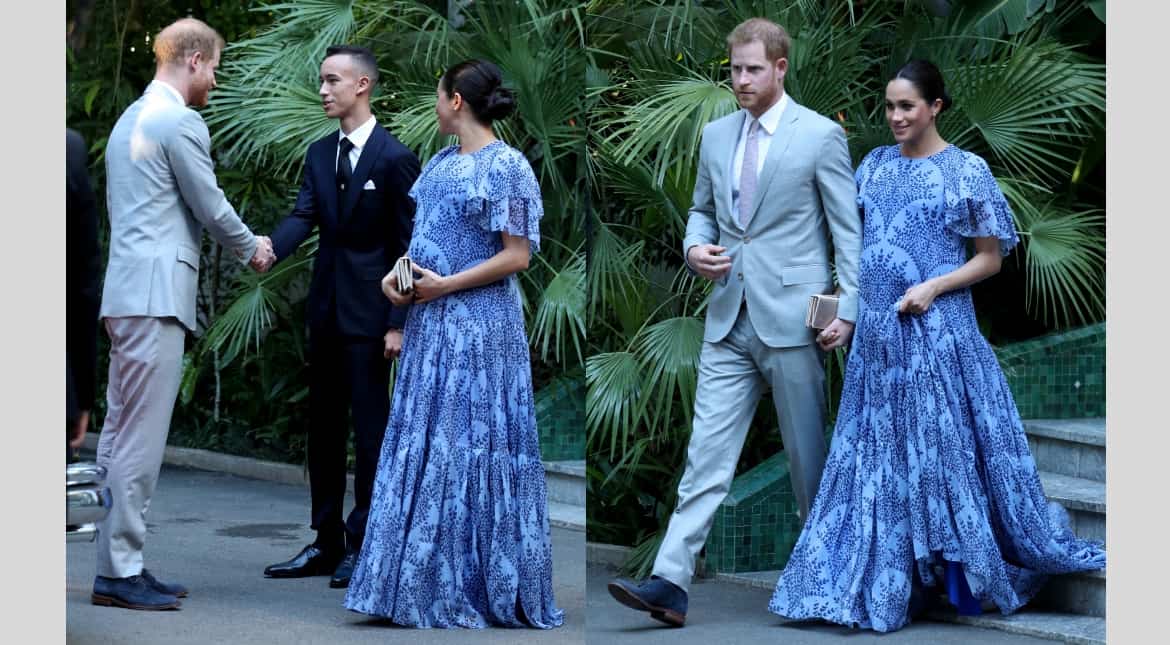 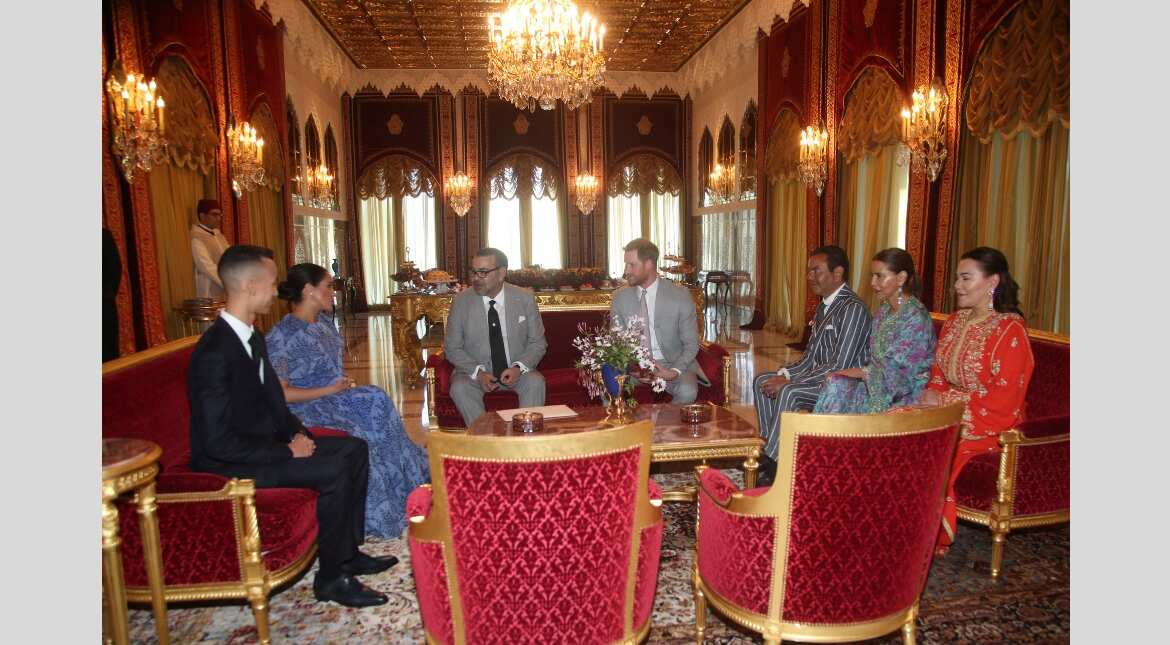 They were earlier spotted in casuals as they visited an equestrian centre and a cooking event. They held hands, joked and posed for some photos in Rabat as they sampled some food -- including Moroccan traditional pancakes and the famed bastila pies.

They toured The Royal Moroccan Equestrian Club Dar Essalam, next to the royal palace in Rabat, where they learnt about a programme helping children with autism and other conditions.

The next stop was a cooking event at the Villa des Ambassadedur hotel with food served up by children helped by a range of other projects, and by chef Moha Fedal, host of Morocco's version of Masterchef.

The two had first gone to a reception hosted by the British ambassador. Meghan wore an elegant dress for the occasion. 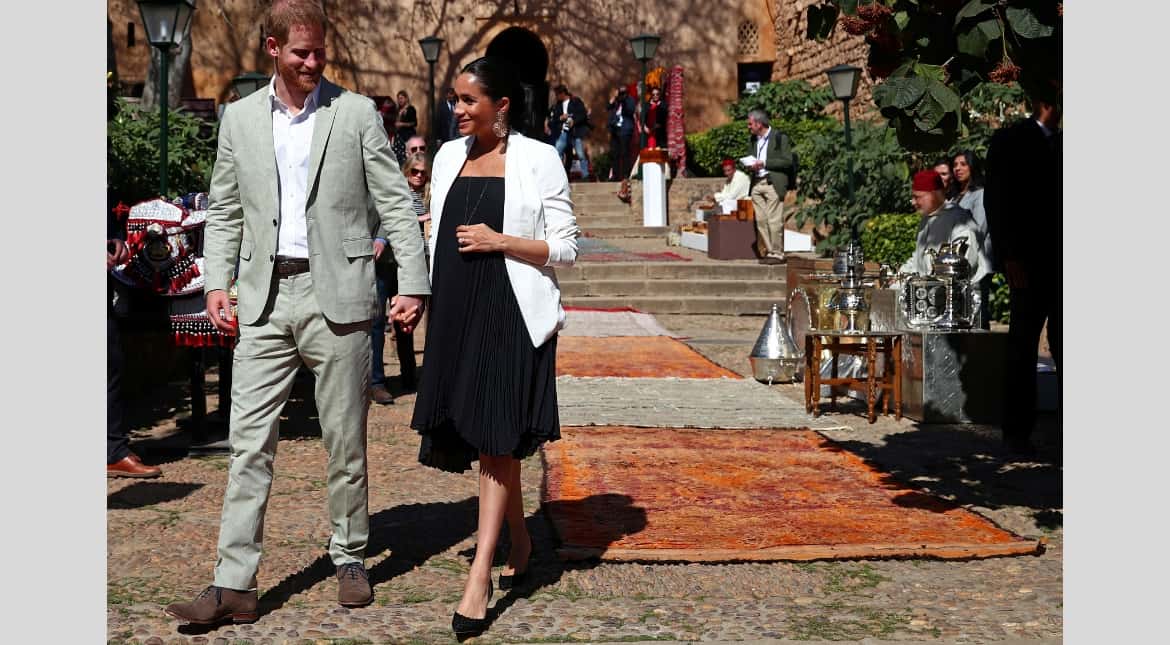 The couple is said to have flown back to London on Monday evening, after the tea party. This is only the second time that a member of the royal family has visited Morocco after Harry’s father, Prince Charles visited in 2011. Queen Elizabeth visited Morocco in 1980.