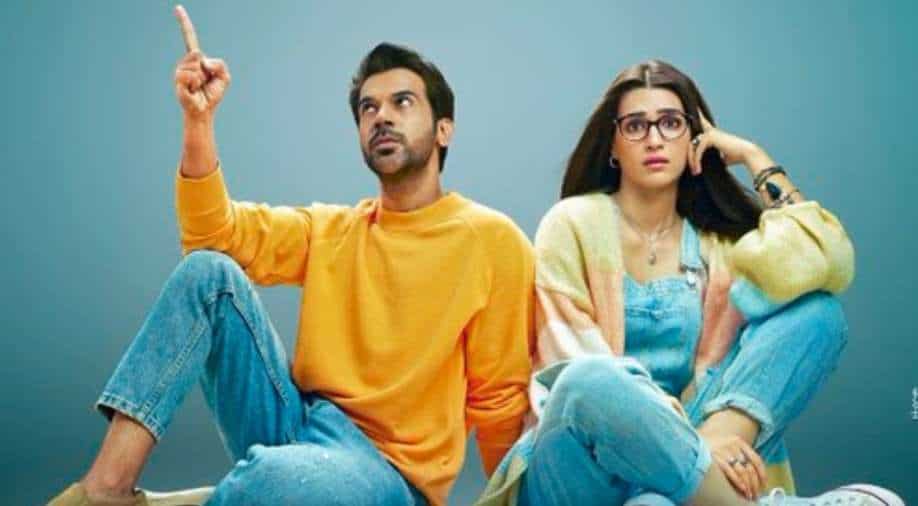 Rajkummar Rao and Kriti Sanon's new film 'Hum Do Humare Do' was unveiled on Wednesday and the film promises to be a comedy of errors.

The first teaser of Rajkummar Rao and Kriti Sanon's new film 'Hum Do Humare Do' was unveiled on Wednesday and the film promises to be a comedy of errors.

Kriti took to her Instagram account to share the teaser of the movie, which is set to release soon on Disney+ Hotstar.
"Yeh Diwali...Familywaali! Presenting the teaser of #HumDoHamareDo. Streaming soon on @disneyplushotstar #DisneyPlusHotstarMultiplex," Kriti wrote.

Going by Paresh Rawal`s voiceover in the promo, the young couple is keen to adopt parents. What follows is a hilarious journey as our leading man may be forced to "adopt" a brand new set of parents in order to marry the girl he loves.

We also catch glimpses of Paresh Rawal as well as Ratna Pathak Shah in the teaser.

The film has been been directed by Abhishek Jain and bankrolled by Maddock Films.

Before this, Kriti and Rajkummar had collaborated on the hit film 'Bareilly Ki Barfi', which also starred Seema Pahwa, Pankaj Tripathi and Ayushmann Khurrana.

Rajkummar was last seen in the horror-comedy 'Roohi' alongside Janhvi Kapoor. He also has 'Badhaai Do' in the pipeline.

Meanwhile, Kriti was last seen in the dramedy 'Mimi', wherein she essayed the role of a surrogate mother.