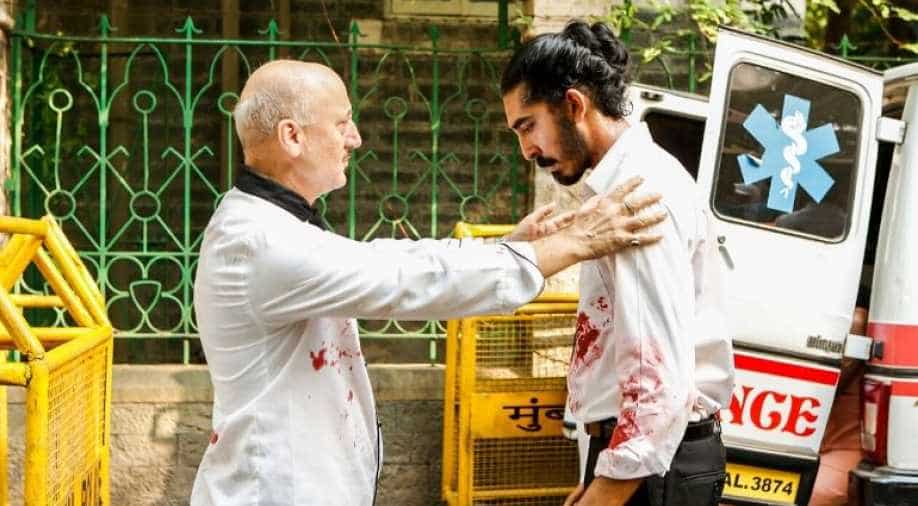 Filmmaker Anthony Maras re-tells the horrific three days that had Mumbai under siege. It may make you uncomfortable because of its realistic picturisation, yet will keep you engrossed in its two-hour runtime.

Eleven years after members of terror outfit Lashkar-e-Taiba laid siege on Mumbai city on November 26, the wounds remain fresh not just for those who suffered or lost a dear one on those fateful few days but also for the entire nation. Which is why director Anthony Maras’s film ‘Hotel Mumbai’, based on the Mumbai terror attacks, is not ‘entertainment’ per se. Yet with powerful performances from actors like Dev Patel, Anupam Kher, and Armie Hammer and a detailed screenplay, it makes for a compelling watch.

Maras also serves as the writer of the film along with John Collee and together the duo re-tell a story that is all too known to Indians. The writer duo bases its film on the documentary ‘Surviving Mumbai’ and narrates a gripping story of good vs evil, that celebrates the spirit of goodness in the darkest hour. Also see: 11 years of Mumbai terror attacks: How world cinema retold the horrific incident

Maras condenses the terror attack that spread over three days into one night inside the majestic Taj Mahal hotel in Mumbai and only narrates what happened inside the hotel. In real life, terrorists had attacked not just the Taj hotel but also two other five star hotels, a restaurant, a railway station and a religious place of the jews. In ‘Hotel Mumbai’ Maras sticks to the Taj hotel, using fictitious characters and dramatizing several of the incidents but drawing inspiration from actual heroes and incidents.

A little over two hours long, the film wastes no time and dives right in as it opens in Mumbai on that fateful day. Terrorists enter Mumbai on a boat, and soon break out in groups of two and set towards different locations of the city. Meanwhile, Arjun, a Sikh waiter at the Taj Hotel, rushes to work only to be admonished by the head chef Oberoi (Kher) for coming to work without formal shoes. He is almost sent back, but Arjun insists on staying back, unknown of what lies ahead. Meanwhile, David (Hammer) and Zahra(Naznin Boniadi) arrive with their baby and nanny (Tilda Cobham-Hervey) for a vacation in Mumbai and check in to the hotel the same morning.

In the evening, as terror strikes Mumbai, David and Zahra find themselves trapped at the Hotel’s Shamiana restaurant where Arjun takes charge of the guest’s safety. With no support from the special forces and a skeletal police force that is still trying to comprehend the crisis at hand, the staff of the hotel has to fend for themselves and the guests and ensure their safety.

Even though the film is not shot inside the actual hotel, it still manages to recreate the majestic structure all thanks to the production designer  Editing by Peter McNulty and Maras himself and Nick Remy Matthews's cinematography set the tone well of the film- that of a grim city, burning, dying at the hands of bunch of extremists.

Films that are based on real-life incidents tend to take a socio-political stand. But not ‘Hotel Mumbai’, as it tries to depict both sides of the story. The helpless, confused, anguished victims as well as the misguided attackers. In a very poignant scene in the second half, an attacker is shown humming a Punjabi folk as a montage of various key characters are shown- each dealing with myriad emotions, grappling in fear and pain- connected weirdly through grief.

The film boasts of a superb cast. Patel (who also serves as one of the executive producers of the film) emotes through eyes and is pitch-perfect as the man who rises to the occasion even though he is sacred himself of dying. Kher plays the only real character in the film and as Chef Oberoi, delivers assured performance. So do actors Armie Hammer and Naznin Boniadi who play the anguished couple stuck in a restaurant downstairs worrying about the safety of their child who is locked upstairs with the nanny as terrorists create mayhem inside the hotel.

There are a few scenes though which seem unnecessary and predictable- and play to the gallery, but films made on real-life tragedies play on human emotions to a great extent to garner the desired reactions.

‘Hotel Mumbai’ is not comforting at all. It narrates the story as it is and brings back memories of the horrific days of 2008. Cleverly using actual TV footages, the film bridges the gap between fiction and reality beautifully. It may make you uncomfortable but it will still keep you glued nevertheless- for its screenplay and its performances.