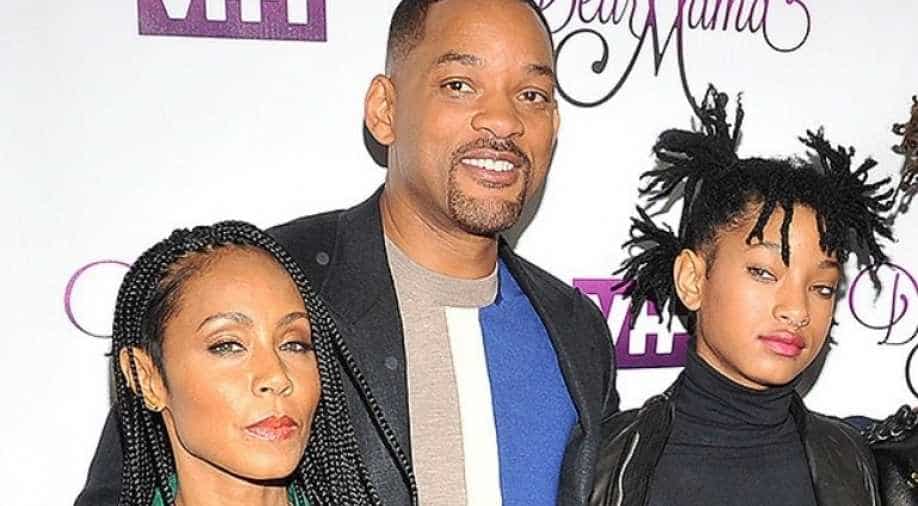 Willow with her parents Will Smithh and Jada Pinkett Smith Photograph:( Twitter )

will smith and jada pinkett smith relationship- In July this year, Pinkett Smith and Smith got toegther in a Facebook watch series to discuss their marital problems and how they had briefly separated.

Willow Smith opened up on 'Red Table Talk' about what she really thought about her parents, Jada Pinkett Smith and Will Smith, publicly discussing the actress’ affair with  August Alsina.

In July this year, Pinkett Smith and Smith got toegther in a Facebook watch series to discuss their marital problems and how they had briefly separated.

Pinkett Smith admitted to having a relationship with Alsina, 27, during a break in her marriage four and a half years ago.

willow appeared on Monday in an epsiode with her grandmother , Adrienne Banfield-Norris as Pinkett Smith asked her daughter about what she thought of the episode.

Will smith and Jada pinkett smith red table talk
During the July episode of 'Red Table Talk' with Pinkett Smith and Will Smith, the actress revealed she and Will had separated with the intention to divorce.

"We separated for a time," she said, explaining it was so that the two could figure out what makes them happy.

Pinkett Smith termed her relationship with Alsina as an 'entanglement'.  Pinkett Smith in fact admitted it publicly after Alsina in a interview previously had admitted to have had an affair with the actresss.

“I totally gave myself to that relationship for years of my life, and I truly and really, really deeply love and have a ton of love for her,” Alsina said. “I devoted myself to it, I gave my full self to it — so much so to the point that I can die right now and be OK with knowing that I truly gave myself to somebody."

Also see: Will Smith and Jada Pinkett: A Timeline of their romance, marriage and cheating rumours