'The Crown' Season 4: The truth behind Prince Charles and Camilla's nicknames for each other 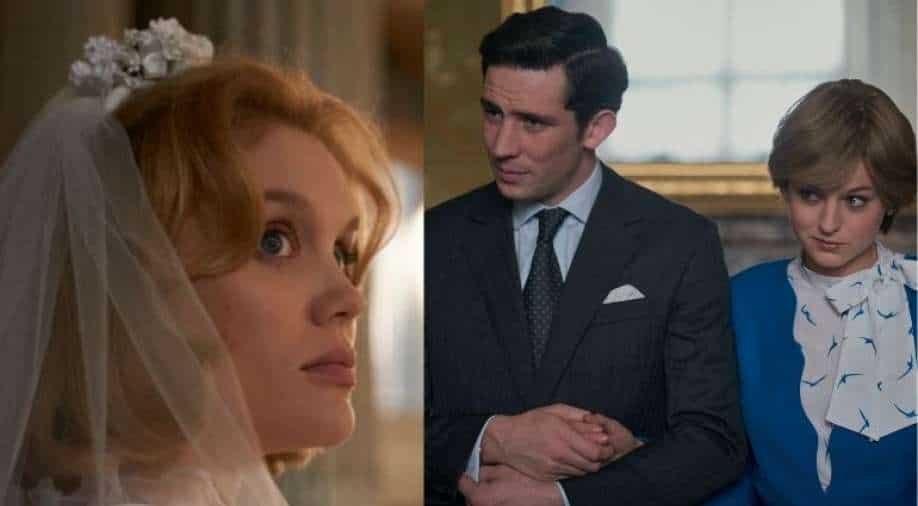 Throughout his engagement and marriage to Princess Diana, Charles continued his relationship with Camilla—something that many have attributed to the breakdown of their marriage in 1991. The new season of 'The Crown' depicts the love triangle in all its infamous glory.

The world knows them as, Prince Charles, the Prince of Wales and Camilla, Duchess of Cornwall, but to each other, they've long been known as Fred and Gladys—something Netflix's recently released season four of 'The Crown' touches upon. Read the review of 'The Crown' season 4.

The now husband and wife had one of the world's scandalous love affairs, with their relationship spanning decades, marriages, and an onslaught of public scrutiny. Their seemingly extra-marital affair with each other brought a different light upon the otherwise private Royals and their extended families. Add to it the angle of Princess Diana, and their romance becomes the evil cause of the world's beloved princess' misery.

The stuff of which fairy tales are made. pic.twitter.com/wDJTsthfbv

Throughout his engagement and marriage to Princess Diana, Charles continued his relationship with Camilla—something that many have attributed to the breakdown of their marriage in 1991.

Netflix's latest season of its mega-hit royal drama takes a deep dive into the complicated lives of Charles, Camilla and Diana, revealing new details into the toll each relationship took.

The series depicts Charles and Camilla's continual phone calls, their secret notes and even the codenames they used to call one another. But, the question arises, how true is the depiction of the infamous love-triangle in the acclaimed show? Did they actually use to call each other Fred and Gladys? Well, the answer is yes.

Not much detail is known about how and when Charles and Camilla began referring to themselves as Fred and Gladys, but it's believed the royal found the inspiration behind the nicknames from one of his favourite shows, 'The Goon Show' - British radio comedy show that ran from 1951 to 1960.

In the program, Fred and Gladys are two characters who appear regularly, but no details have ever been released on why the couple chose these particular ones.

Also read: 'The Crown 4': Who was Lord Mountbatten and how was he connected to India?

In 'The Crown's latest season a young, lonely Princess Diana, following her engagement to Prince Charles, is left alone in Buckingham Palace for six weeks without her future husband, with nothing to do except Princess training and responding to letters sent by fans across the country.

The episodes depict Diana, going through those letters, discovering a bouquet of flowers which had been sent from Prince Charles to Camilla, with a message that read: "To Gladys from Fred."

According to biographer Howard Hodgson in his 2007 book 'Charles: The Man Who Will Be King', this event actually played out. He wrote, “Diana claimed that with [the flowers] there was a message that used what she imagined were the couple’s former pet names for each other—‘To Gladys from Fred’."

She also discovers a drawing with the letters 'G' and 'F' adorned in a sketch for a gold bracelet.

Also read: 'The Crown' Season 6: Here's everything to know about the final season

In the book Hodgson wrote, “Diana confronted Charles about it and he replied that indeed it was a gift for Camilla,"

While the Prince of Wales did admit to the gift he told Diana that the G and F stood for ‘Girl Friday’. Later, in tapes of Diana's conversations with author Andrew Morton, the late Princess gave more details on the incident.

“I walked into this man’s office one day and I said, ‘Ooh, what’s in that parcel?’ And he said ‘Oh, you shouldn’t look at that,'” Diana recalled. “So I opened it and there was a gold chain bracelet with a blue enamel disc. It’s got ‘G and F’ entwined in it, ‘Gladys’ and ‘Fred’—they were their nicknames.”

The tapes between Diana and Morton also revealed further insights into Charles and Camilla's affair, including how the newlyweds argued on their honeymoon when he persisted on wearing a pair of cufflinks that had been a gift from Camilla and he a photo of the Duchess of Cornwell fell from the Diary of Charles, once, leaving Diana distressed.