Spider-Man is a fan of BTS just like us! Tom Holland admits during a video chat with fans 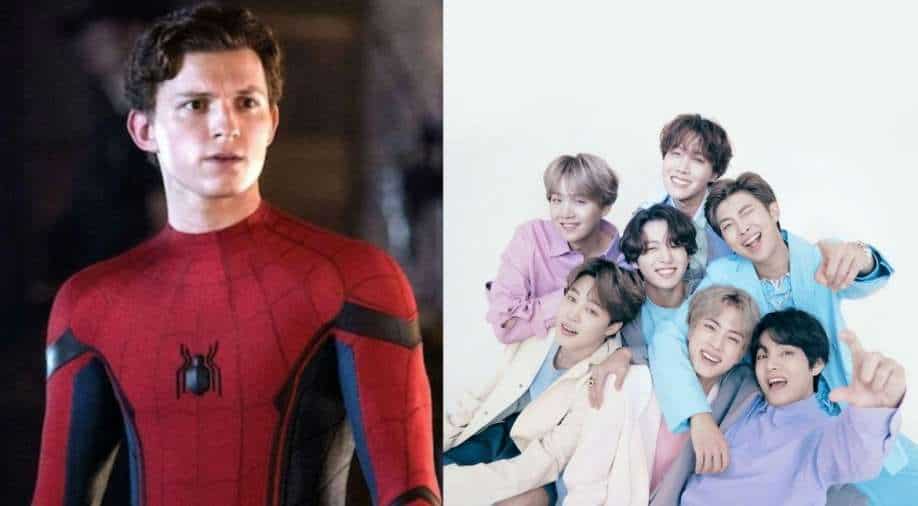 Tom Holland is a big fan of BTS. Photograph:( Twitter )

It was during a video interaction with fans while promoting No Way Home that Tom Holland admitted to being a huge fan of K pop group BTS.

It’s not just us! Spider-Man is also a fan of BTS band.

Spider-Man actor Tom Holland revealed that he is a huge fan of the popular K pop band BTS. While promoting his latest Spider-Man: No Way Home, Tom Holland said that he is a part of ARMY (local name for BTS fans). This happened as the official Twitter handle of Twitter Movies got the actor along with Zendaya and Jacob Batalon to takeover the account for sometime an drespond to fans’ tweets about the film. Read Spider-Man: No Way Home review here

It was during this interaction that Tom Holland admitted to being a huge fan of BTS.

A fan said in a tweet that getting No Way Home tickets is like getting the tickets to a BTS concert. To this, Tom said, “Woah! BTS are a big deal. That is a big compliment.”

He added that he loves their edits, “They are always very well done, always very entertaining.”

As for BTS, the K pop group is currently on an official break. The first time they took a gap was in 2019. Their break will last till March next year.

Also read: 'BLACKPINK: The Movie' review: A concert film with an ode to live music & performances