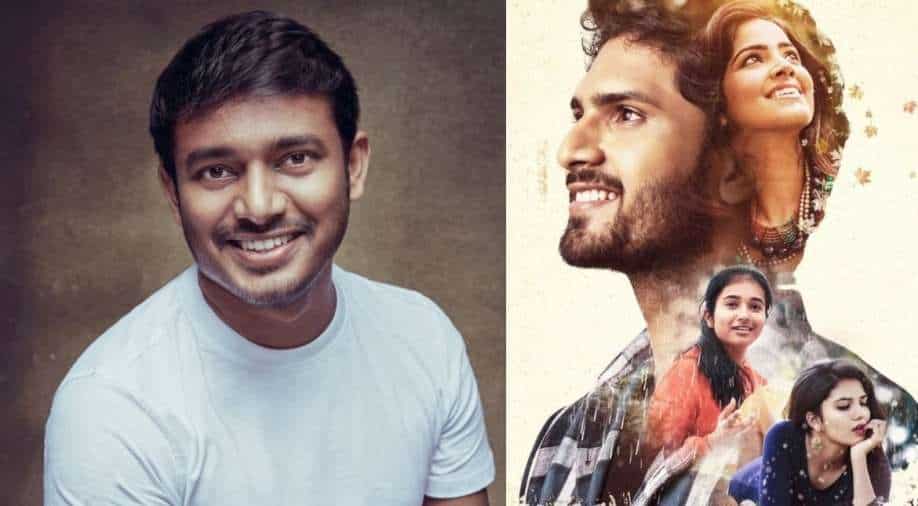 'Manasanamaha' has qualified for Oscars 2022 in the Live Action Short category and director Deepak Reddy cannot be happier. Speaking to WION about the film's journey through several hundred film festivals and winning close to 1000 awards till date, a thoroughly cheerful and modest filmmaker, Deepak opens up about what's in store for him next.

It’s a matter of pride for India as director Deepak Reddy’s short film ‘Manasanamaha’ has qualified for Oscars 2022 in the Live Action Short category. Competing against films from all around the world to land a spot in the final nominations list, this love story that goes back and forth in its narrative style starring Viraj Ashwin and Drishika Chander in lead roles is the only Telugu film in the list so far and the director is nothing short of excited.

Released in multiple Indian languages including Tamil, Kannada, Malayalam, Hindi and Telugu and produced by Gajjala Shilpa, ‘Manasanamaha’ is a passion project for Deepak who plans to make a full length feature along the same lines. He released this short as a teaser to what’s in store next and who would believe where this has taken him and Indian film industry at this year's Academy race?

Speaking to WION about Academy’s nod to his short film, how the worldwide recognition has affected him and his future plans, Deepak Reddy sat down for an exclusive with us.

Here are the edited excerpts of our conversation:

WION: What does Manasanamaha mean? What has the film been for you so far with several hundred awards in your kitty already for this film?

Deepak Reddy: In English, Manasanamaha means ‘Salutations To The Mind’. My film has been in film festivals for the past one year. It has actually won 1000s awards and holds a record for the same but I’ll talk about that some other time. I plan to make a feature film on similar lines so will talk about this feat when the time is right and my feature film is in place. It might take a month or two to make that announcement.

It has meanwhile qualified for not just Oscars but BAFTA and Canadian Screen Awards in the past. The film was shot in five days but had excessive pre-production and post-production work.

I am from an engineering background, did my Masters from the US. I came back to India only to make films as I wanted to be a full-time filmmaker. I gave up my career for films.

I didn’t make the film for any kind of festivals circuit because a love story usually doesn’t hit the right cord with film festivals. I just wanted to make something with my heart. I am from an engineering background. I did my Masters from the US. I came back to India only to make films as I wanted to be a full-time filmmaker. I gave up my career for films. After I came back, I just wanted to start with a short film. a demo version of a film which I could take to a producer and get a nod for a feature. This was my main motto to make this film and interestingly, even before the film went to festivals, I got my feature film with a big production. Its one of the biggest production houses in india. It’s an Indian film company which has released and produced a lot of films. I essentially made this film as a teaser for a feature film. It makes me extremely happy to have gotten appreciation from filmmakers. When Gautam (Vasudev Menon) sir called me (of the fame Rehnaa Hai Terre Dil Mein), I was shocked since I’m a huge fan of his. Sukumar (Bandreddi) sir, my all time favourite filmmaker also called. So did Krish (Jagarlamudi) who made Manikarnika.

When Gautam (Vasudev Menon) sir called me (of the fame Rehnaa Hai Terre Dil Mein), I was shocked since I’m a huge fan of his. Sukumar (Bandreddi) sir, my all time favourite filmmaker also called. So did Krish (Jagarlamudi) who made Manikarnika.

Also read: This is why R Madhavan has moved to Dubai with son Vedaant

WION: How did you end up sending Manasanamaha to so many film festivals? Can you elaborate the process for budding filmmakers who might be interested?

Deepak Reddy: Some of my friends from the UK watched the film and said that I should send it to film festivals. So then we pooled in resources and started approaching them with this film. Fortunately, we got positive responses from all places and it came back winning at each of the festivals. You can check out the number of awards the short film has to its credit on imdB. After BAFTA qualification, we got Wales Festival, it won Best Romantic Comedy at oldest film festival, Houston Festival. Around 950 awards came in total in just a span of an year of the festival run.

I got numb with the response and then Oscars qualification.

I am numb with the response to my film and then Oscars qualification.

WION: How positive are you about making it to the final round at Oscars 2022?

Deepak Reddy: For short films, there are only two categories, live action and animation. I'm happy that we have come to this level after so much of festival run. I don't think foreign films usually win in these categories. Like the South Korean film ‘Parasite’ took the world by a surprise in main categories at Oscars, for shorts there are only categories. All I can say for Manasanamaha is that I’m happy for the journey of the film. At Oscars, much like BAFTA, it’s the Hollywood films that pick up the big wins but I’m hopeful.

WION: Since you’re so enthusiastic about getting to make a feature film and with a huge production house too, what can you tell us about it?

Deepak Reddy: (Has a hearty laugh....) It’s sort of the same idea but not the same story. It will happen next year. Nothing has been finalised yet so I can’t tell you anything apart from the fact that things are happening but nothing concrete yet. It will have a big star cast courtesy the production house.

WION: How do you feel about the prospect of India’s official entry to Oscars 2022, Koozhangal?

Deepak Reddy: I haven't watched the film. It looks brilliant. I have watched the teasers though. I would want to watch it. It definitely has high chances of making it to Oscars nominations list. It will be a huge deal for India if it does.

Shortlists for the Oscars International and Documentary categories will be revealed on December 21. Nominations for the 94th Academy Awards will be announced February 8, and the ceremony will take place on March 27 at the Dolby Theatre in Hollywood.