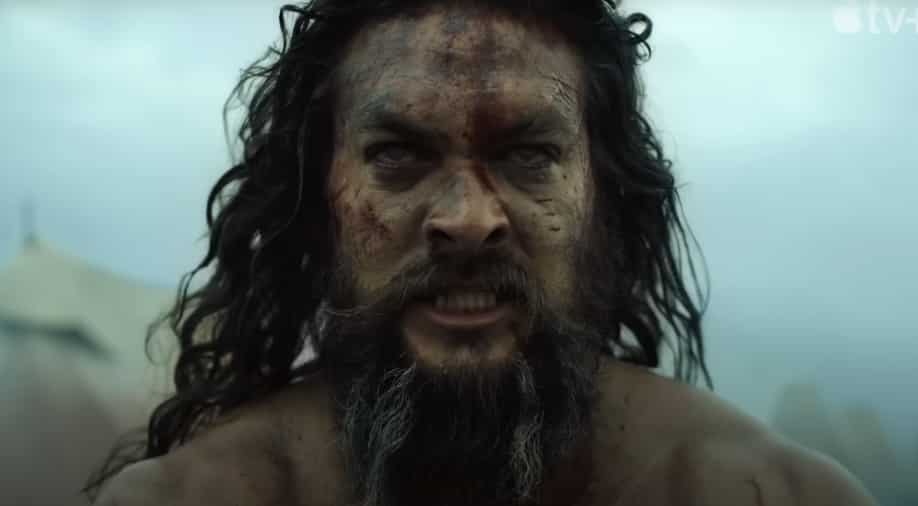 The last season of 'See' ended with Baba defeating his brother-turned-foe Edo Voss (Dave Bautista) in a grand battle. Now a new threat is emerging in season 3. Will Baba Voss and his tribe be up to it?

A trailer for the third season of Apple TV+'s science-fiction fantasy drama series 'See' is here. Season 3 will be the final season of the Jason Momoa-fronted show. The show is set several years in the future, but instead of advancing, the future is primitive since a virus killed off most of the humanity and the descendants of those who survived lost their sense of vision.

Now the very idea of vision is considered a myth and it is akin to blasphemy to even speak of it. The world is divided into warring tribes. The story follows the Alkenny tribe, led by Momoa's Baba Voss.

Also Read: Cameron Diaz is set to 'unretire' to work opposite Jamie Foxx in this film

After ages, two children, given birth by a woman seeking shelter who becomes Voss' wife, are born with eyesight. The children, and by extension the tribe, become a target of nefarious forces operating in the world.

The last season ended with Baba defeating his brother-turned-foe Edo Voss (Dave Bautista) in a grand battle. Now a new threat is emerging. Will Baba and his tribe be up to it?

A step up from its grounded approach in the first season, 'See' became bigger and flashier in the second. It appears the third season will be even bigger. The clip, just over a minute, does not reveal anything in terms of the plot, but does promise an explosive conclusion to the series. There are shots of literal explosions, exciting fights and so on.

We can hardly wait.

The official synopsis of the season 3 reads, "After Baba Voss (Jason Momoa) defeated his nemesis brother Edo and retreated into the forest, an explosive new threat emerges that no one is safe from. Will the greatest warrior of his time have what it takes to protect those that mean the most to him? The final chapter of SEE begins August 26 on Apple TV+."