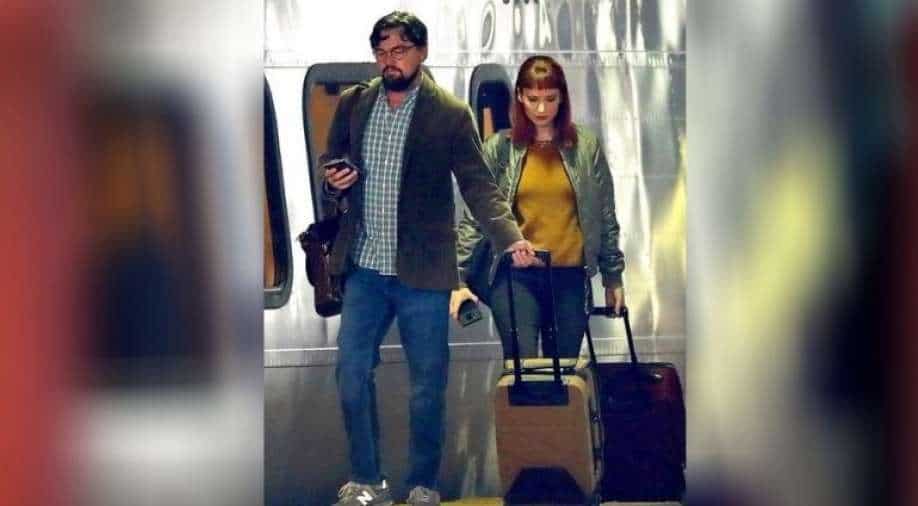 'Don't Look Up' is set to release on Netflix sometime in 2021 and stars Timothee Chalamet, Meryl Streep, Cate Blanchett, and Tyler Perry in key roles along with Leonardo DiCaprio and Jennifer Lawrence

Jennifer Lawrence, Leonardo DiCaprio are on set in Boston filming the upcoming sci-fi disaster comedy 'Don't Look Up'. The Adam McKay film has been in full swing over the past few weeks as DiCaprio, 46, and Lawrence, 30, settle into their roles as Dr. Randall Mindy and Kate Dibiasky who play astronomers warning earth about a giant meteorite.

Recently, DiCaprio and Jennifer were seen boarding the USS Massachusetts as they prepared to film a scene on the huge Naval battleship docked in Fall River.  Decked out in full costume, the actor was seen wearing a wool coat and a pair of dark slacks.

Lawrence sported red hair for her role. She carried a book as she made her way up the ramp.

As reported by a local Fall River paper, Battleship Cove - where the ship is stationed - had its parking lot turned into a mini-city for filming. Extras were seen dressed up as as sailors and were photographed taking a dinner break as they prepared for scenes.

Earlier, Matthew Perry who also appears in the film was photographed with Jonah Hill and Streep as they filmed a scene that looked like a political rally.

Kid Cudi and Ariana Grande are also involved in the project. Though a lot of the details are under wraps, it seems the cast just keeps getting more dazzling as it was announced late this week that Chris Evans would be joining the cast.

'Don't Look Up' is set to release on Netflix sometime in 2021 and also stars Timothee Chalamet, Meryl Streep, Cate Blanchett, and Tyler Perry in key roles.