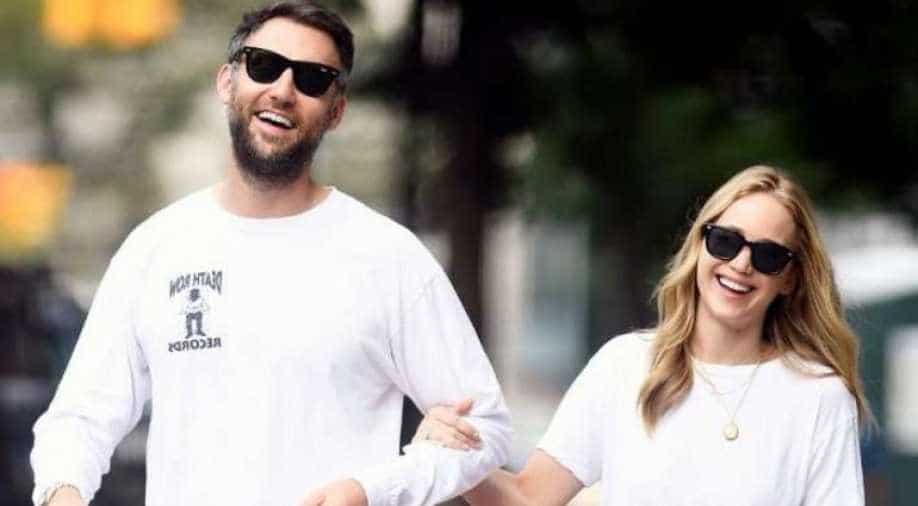 Congratulations are in order as actress Jennifer Lawrence has been blessed with her first child with husband Cooke Maroney.

Say hello to new parents in town! Congratulations are in order as actress Jennifer Lawrence has been blessed with her first child with husband Cooke Maroney.

According to reports, the Oscar-winning actor has welcomed her baby in Los Angeles County. The exact date of the child's birth and the gender of the baby are unknown at the moment.

This is Lawrence's first child with her husband, art gallery owner Cooke Maroney, whom she married at the famed Belcourt of Newport mansion in Rhode Island in October 2019.

The couple had been dating since June 2018. In September last year, the couple confirmed they were expecting their first child together.

In December 2021, Lawrence appeared on 'The Late Show' where she admitted that during her three-year acting break, she spent most of her time between the sheets.

Lawrence debuted her bump on the red carpet during the 'Don't Look Up' premiere. The film had Lawrence and Leonardo Di Caprio headlining an ensemble cast. The film has fetched multiple Oscar nominations including one Best Picture nomination.

Lawrence and Maroney currently have a home in Manhattan but have been seen house-hunting throughout New York, perhaps seeking a larger unit for their expanding family. They also have a home in Beverly Hills.