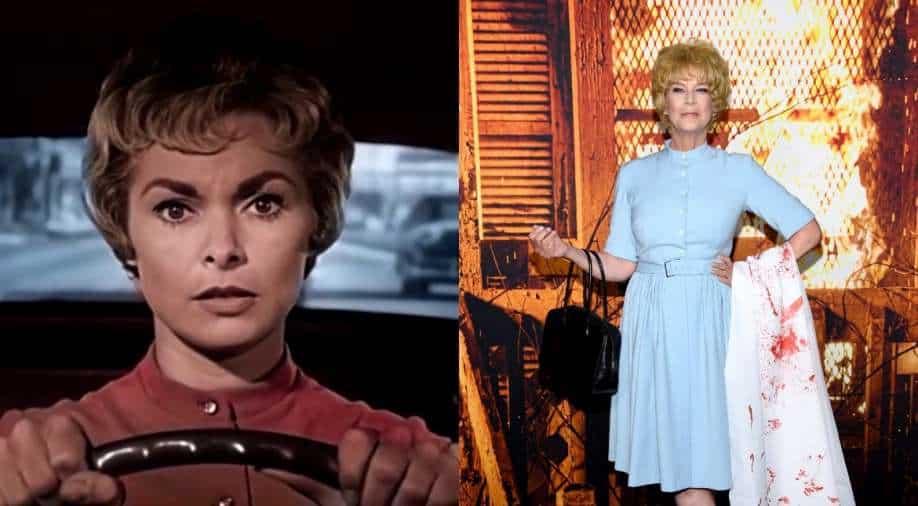 "I am honoring my beautiful late mama, Janet Leigh, but... it's a little more meta than that," Jamie Lee Curtis said on the red carpet of 'Halloween Kills' premiere.

The actress honoured her late mother, Janet Leigh, at the costume party premiere for her latest outing.
The event, which was held at TCL Chinese Theatre on Tuesday, saw Curtis arrive on the red carpet dressed as her mother's iconic character, Marion Crane from 'Psycho'.

"I am honoring my beautiful late mama, Janet Leigh, but... it's a little more meta than that. I am actually going as Scarlett Johansson as Janet Leigh in the movie Hitchcock. So it's meta because we never knew what color Janet Leigh's dress was because it was a black-and-white movie," Curtis reportedly told a global news website.

"But now because of the Hitchcock movie, we know it was pale blue. And mommy did a little DIY art project the other day. I was worried you would see this and just think I looked like a '50s housewife. So I thought, you know, maybe I need a little bloody shower curtain," she continued.

Hollywood blood can get quite sticky, but Curtis shared her tips on washing off the product.

"It's actually quite sticky and it stains. Here's my secret for those who are interested: Dish soap. Like a good dish soap will actually get out fake blood," Curtis said about the challenges she had to face while trying to ace her look.

Before hitting the red carpet, Curtis posted a little teaser on her Instagram handle. "Hmmmmmm. I wonder who I am going as to the costume party premiere of Halloween tonight?," she wrote.

"It was the first costume I saw at trashy lingerie and I didn't have a lot of time. I was gonna send a picture to Jamie and say, 'Is this OK? Is this appropriate?' But I thought, you know, she's probably busy. So I took a risk tonight," a cast member was heard joking at the red carpet.

Check out her complete look here: