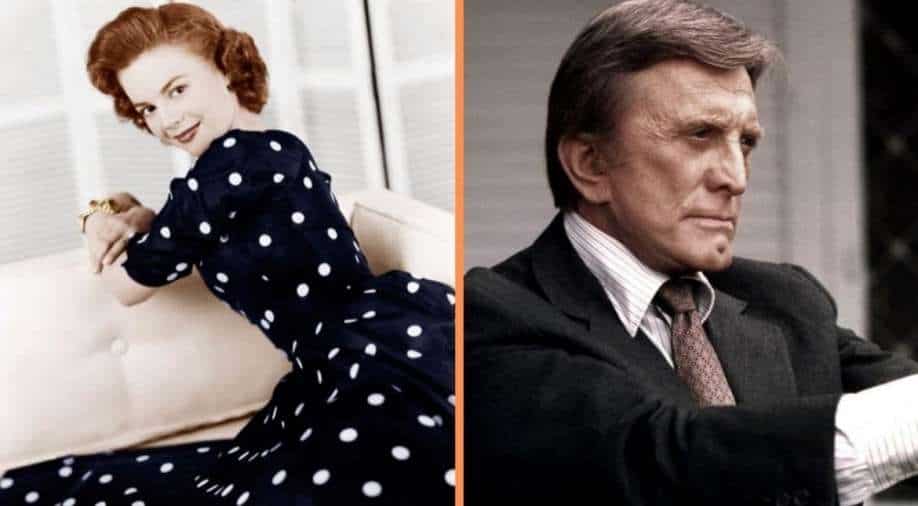 As per excerpts from the book that was obtained and published by Associated Press, Kirk Douglas attacked Natalie Wood in the summer of 1955.

Late Hollywood actress Natalie Wood was sexually assaulted as a teenager by megastar from the 1960s and 70s, Kirk Douglas, a new book has claimed.

Wood's sister Lana has made these allegations in 'Little Sister', her upcoming memoir, set for release on November 9.

As per excerpts from the book published by Associated Press, Douglas attacked Wood in the summer of 1955.

The alleged assault took place while Wood was shooting for 'The Searchers'.

Lana Wood reportedly recalls that the Hollywood stars' meeting had been arranged by her mother, Maria Zakharenko, at the reputed Chateau Marmont hotel. Wood's mother had hoped Douglas could help the young actress further her career.

Kirk Douglas was one of Hollywood's most sought-after actors and has featured in iconic films such as 'Spartacus', 'The Bad', 'Beautiful' and 'Gunfight at the O.K. Corral', among others.

"It seemed like a long time passed before Natalie got back into the car and woke me up when she slammed the door shut. She looked awful. She was very dishevelled and very upset, and she and Mom started urgently whispering to each other. I couldn't really hear them or make out what they were saying. Something bad had apparently happened to my sister, but whatever it was, I was apparently too young to be told about it," Lana Wood writes.

Lana Wood, who was eight at the time, says her sister and their mother had agreed that it would ruin Natalie's career to accuse him publicly of attacking her.

The younger sister said that her sister did not tell her what had happened until years later, when Natalie said she was brought into Mr Douglas' suite and "he hurt me, Lana."

Kirk Douglas died in February of 2020 at the age of 103. Rumours of the alleged assault were so strong that after his death, Wood's name was trending along with his own on Twitter.

His actor son Michael Douglas, in a statement issued through his publicist, told The Associated Press, "May they both rest in peace."

Wood died under mysterious circumstances in November of 1981 after drowning while on a weekend boat trip to Santa Catalina Island in California. Although her death was initially ruled as an accident, her cause of death was changed in 2012 to "drowning and other undetermined factors".

Wood's then husband, Robert Wagner, was named a person of interest by police in 2018 and Lana Wood is one of those who hold him responsible for Natalie's death.