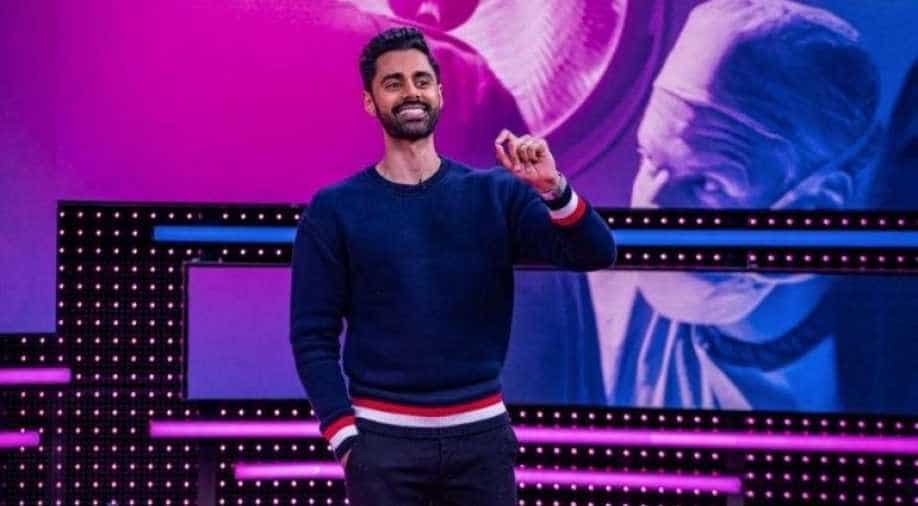 Hasan Minhaj will be joining a star-studded cast that includes Reese Witherspoon, Jennifer Aniston, and Steve Carell. Apple hasn’t announced a release date for the second season of 'The Morning Show'.


The host much-talked-about Netflix talk show 'Patriot Act with Hasan Minhaj', will have a major recurring role in the second season of Apple TV Plus hit/ According to Deadline, he will play Eric, a charismatic, rising star who joins The Morning Show team.

The comedian took to his Instagram to share the news with his fans. He wrote, "A new chapter. Can’t wait for y’all to see the new season of @themorningshow!"

In appearing on The Morning Show, Minhaj will be joining a star-studded cast that includes Reese Witherspoon, Jennifer Aniston, and Steve Carell. Apple hasn’t announced a release date for the second season of the series.

This will not be the first acting gig for the comedian who has previously starred in 'Most Likely to Murder' and 'The Spy Who Dumped Me'.

Developed by Kerry Ehrin, the series is inspired by the book Top of the Morning: Inside the Cutthroat World of Morning TV by political commentator Brian Stelter.

The show revolves around Alex Levy (Aniston), who is one of the two hosts of the titular morning news programme. Her career is endangered when the show’s co-host Mitch Kessler (Steve Carrell) is fired amid sexual harassment allegations. She also faces competition from Witherspoon’s Bradley Jackson, a field reporter.

The first season of the show premiered in November 2019 and received positive reviews. It also earned Apple's first Hollywood award nominations since launching Apple TV+ in November. Actor Billy Crudup won a Critics Choice Award for his portrayal of network executive Cory Ellison in the series.