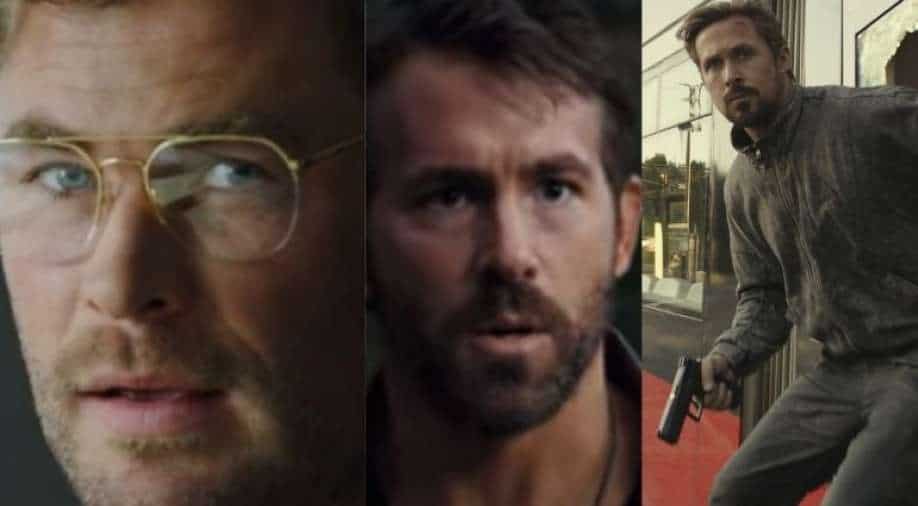 Netflix 2022 movie preview trailer shows the first glimpse of the films & shows that the platform will stream this year.

Netflix on Thursday released the list of big original films that will arrive on the platform in 2022.

The trailer shows the first glimpse of the films that are all set to release this year - and it has some of the most highly anticipated projects including Ryan Gosling, Chris Evans starrer 'The Gray Man', Daniel Craig’s 'Knives Out 2', Jason Momoa's 'Slumberland' and many other projects featuring A-listers Chris Hemsworth, Jennifer Lopez, Henry Cavill, Adam Sandler and more.

Netflix shared the video on their social media handles, with the caption, which read, "New year. New movies. 🍿 We invited a few friends to share first looks at some of our BIGGEST films coming to Netflix in 2022—and they didn't disappoint!"

The video also gave the first looks at Jason Momoa as a half-man/half-beast in 'Slumberland,' Ryan Gosling daredevil stunts, to Regé-Jean Page first looks in 'The Grey  Man', Guillermo del Toro’s 'Pinocchio,' Daniel Craig in 'Knives Out 2,' Lindsey Lohan’s grand return in 'Falling for Christmas' and many others.

The three-minute teaser also features several stars talking to the camera, “In here is the great big world,” says Chris Hemsworth. “We can go places your dreams can’t dream of,” Momoa offers, and Charlize Theron concludes: “Every night is movie night.”

Here’s the complete list of upcoming feature film releases in 2022:

Family Friendly
13: The Musical
Boo!
Ivy & Bean
Matilda
Rescued by Ruby
The School for Good and Evil
Slumberland
Tall Girl 2
We Have A Ghost

Romance
Along for the Ride
Don’t Blame Karma!
Falling for Christmas
Lady Chatterley’s Lover
Love in the Villa
The Noel Diary
A Perfect Pairing
Persuasion
Purple Hearts
The Royal Treatment
Through My Window
Untitled Holiday Rom-Com