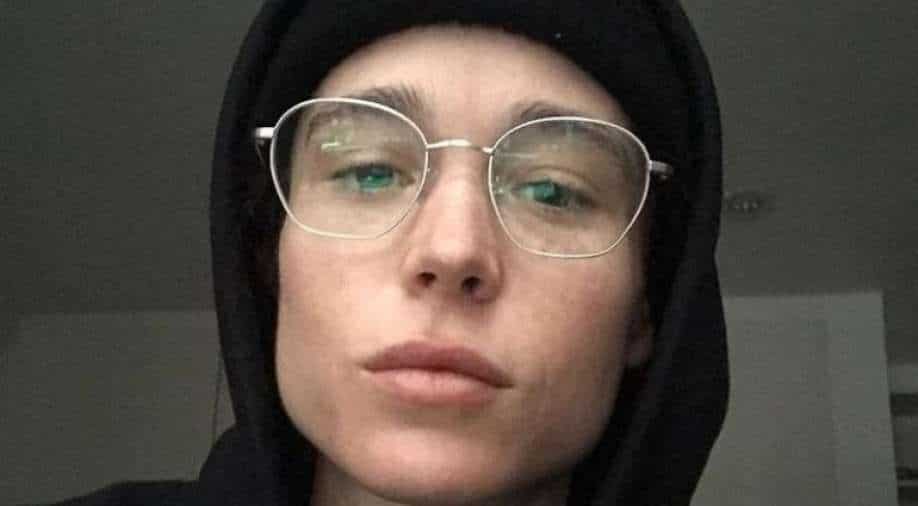 This is the first time that Elliot Page has shared a shirtless photo since having a top surgery which he underwent earlier this year.

Elliot Page shared a shirtless photo of himself by the pool on Monday. The Canadian actor can be seen in red swim trunks and shows off his perfectly toned abs in the photo. "Trans bb's first swim trunks," Page captioned the image and added the hashtags #transjoy #transisbeautiful.

This is the first time that Page has shared a shirtless photo since having a top surgery that he underwent earlier this year. Top surgery for transgender men is a procedure to remove the breast tissues (subcutaneous mastectomy).

The actor, born Ellen Page, came out as a transgender man in December 2020.

In March, he gave his first interview since going public, telling TIME magazine that he grew up feeling "like a boy" from an early age but had "to look a certain way" in terms of his acting career, starting at age 10.

While speaking to Oprah Winfrey recently, Page explained why he had been forthcoming about sharing information about his health to TIME.

"I wanted to talk about it for a couple of reasons," Page told Winfrey.

"I wanted to share with people just how much it has changed my life. And I want people to know that not only has it been life changing for me, I do believe it is life saving and it's the case for so many people... and because there is such an attack on trans health care right now, when already there is such a lack of access or trans people who don't even want to go to the doctor."