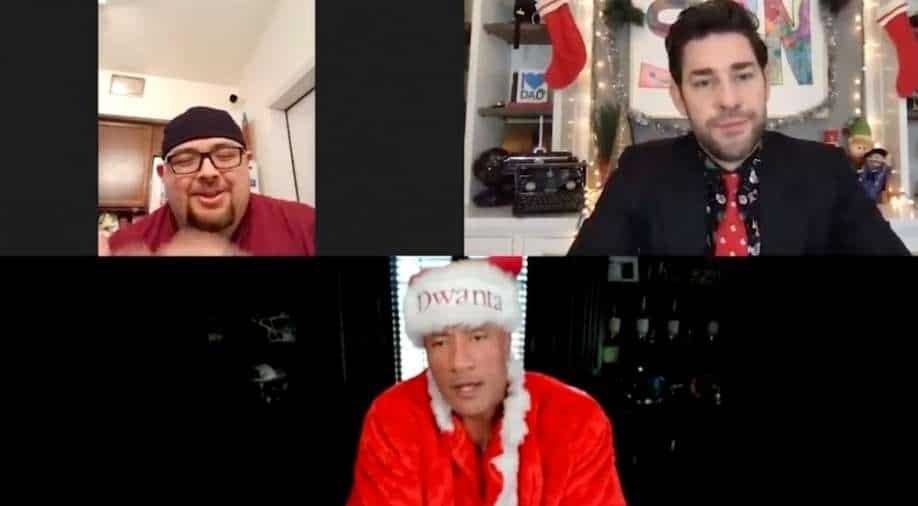 Now, with Christmas around the corner, he has brought a holiday episode of Some Good News.

John Krasinski is ready to spread some cheer ahead of holidays as he is back with a special episode of his hit web show ‘Some Good News’ that first made a splash at the start of the pandemic as he collated good news from around the world and shared with his fans on his DIY show.

Now, with Christmas around the corner, he has brought a holiday episode of Some Good News. He started with: "Now if you’re like me, this is without a doubt, as the song says, the most wonderful time of the year. It was until I logged back onto the internet," and then he showed a drawing that seemed to resemble Justin Timberlake as opposed to John Krasinski to which he said was a "not-so-subtle hint" from the internet "that it would prefer to have this show hosted by one Justin Timberlake."

John Krasinski continued the show by sharing heartfelt stories including one of someone purchasing an apartment for his friend Robin, who had been living on the streets for over 20 years, and celebrating that the first vaccines have been delivered. "So goodbye 2020, and here’s to a much, much happier new year."

John Krasinski also got his Hollywood friends including George Clooney to give an update on the weather while those who remember, Brad Pitt served as the show's "weatherman" in a previous episode.

For his final segment, called “Parents That Rock!", Krasinski welcomed a widowed father of two, Jay Abel, who lost his wife years ago and was selling his comic book merchandise on eBay to help pay for his kids' Christmas gifts.

"I think your story is my favorite story this holiday season. It is just like super dad stuff," Krasinski told Abel. The actor also told Abel that he tried to purchase his items but his transaction was canceled. "Did you cancel my order because you thought I was a creep?" Krasinski asked. "I thought you were a scammer, yes," Abel responded laughing.

Dwayne Johnson then joined Krasinski on the show dressed in a "Dwanta Clause" costume to ask Abel how he could be of help. Johnson also said Abel’s tweet to him moved him because he simply asked for a retweet of his eBay store link.

"I thought Dwanta Clause can do better than a retweet," Johnson told him. "I want you to take all of your stuff off of eBay, because Dwanta Clause is going to take care of all of that stuff, man," Johnson said after hearing the man’s story.

When closing his show, Krasinski shared some words of encouragement for viewers: "The next time you’re looking for some good news, just remember, you are the good news."