‘WandaVision’ review: An illusion of comedy hinting at something more 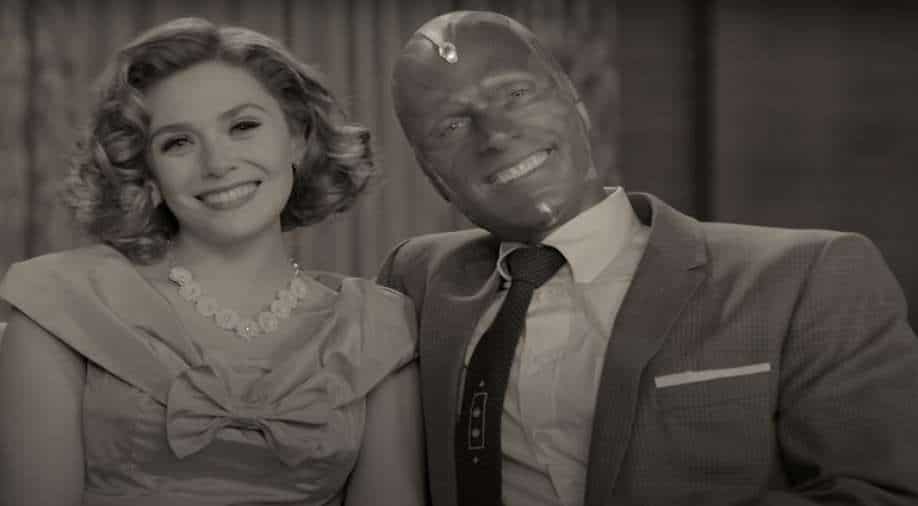 Marvel is known for switching things up in a weird fashion and 'WandaVision' is no exception.

The fourth phase of Marvel has officially begun. The first two episodes of Marvel’s much-anticipated series ‘WandaVision’ are out and they keep you looking out for more. The first episode of the series introduces Wanda and Vision as the young couple who has recently shifted to the sub-urban neighborhood of Westview and are living their life as if in a perfect 50s sitcom. Filmed in black and white, the first two episodes just set the world Wanda and Vision are living in, full of goofy comical situations and exaggerated reactions.

'WandaVision': Recap of Scarlet Witch and Vision's Marvel adventures before the series

However, that’s just an illusion the makers intended to give. With the second episode, it becomes clear that it’s a world being made up by someone, somewhere. It’s key to note that no timeline is mentioned anywhere and there’s a particular reason that colors are amiss in the setting. Certain glitches are apparent by the end of the second episode and that’s when you know the ride has just begun.

Now, Marvel is known for switching things up in a weird fashion and WandaVision is no exception. Had it been just a sit-com setting with two of the most powerful Avengers going about their day (which it certainly is not), still it would’ve garnered its audience. Paul Bettany is a delight, being his breezy self for the first time (we all know how wound up and particular Vision has been in all the films) and Elizabeth Olsen sheds her angry and brooding Scarlet Witch avatar for a silly and goofy Wanda. However, there’s still a tinge of terror and confusion in her voice, giving off the whole facade as a set up for something big.

What’s even more delightful than the show mimicking the likes of ‘Bewitched’ is the presences of supporting casts like Vision’s cranky boss Fred Melamed and wife Debra Jo Rupp, a chirpy yet curious neighbor Kathryn Hahn, and a skeptical mom who is sensing something odd with the couple, Emma Caulfield. There’s much confusion about the presence of Teyonah Parris who was to appear as Geraldine in Captain Marvel, but instead, is a newcomer to Westview like Wanda and Vision? So is this a coincidence or a tie-up to the larger MCU’s mission? Well, with over a decade of consuming Marvel films, one can say there’s nothing like ‘just a coincidence’ in this universe.
Once again, with ‘WandaVision’, makers have kept the fans sitting on the edge, looking, asking, and reading into more. What is this setup? Why is Vision alive? Who was the mystery man in the second episode? Why are the neighbours peculiar? And most importantly, is there a specific reason to mention Star Industries and Hydra? There are a lot of easter eggs and plotlines hidden between the episodes and they are enough to keep fans occupied till the next episode drops, hopeful with some answers.

Overall, the start of ‘WandaVision’ looks like a delightful start to something bigger (hopefully).