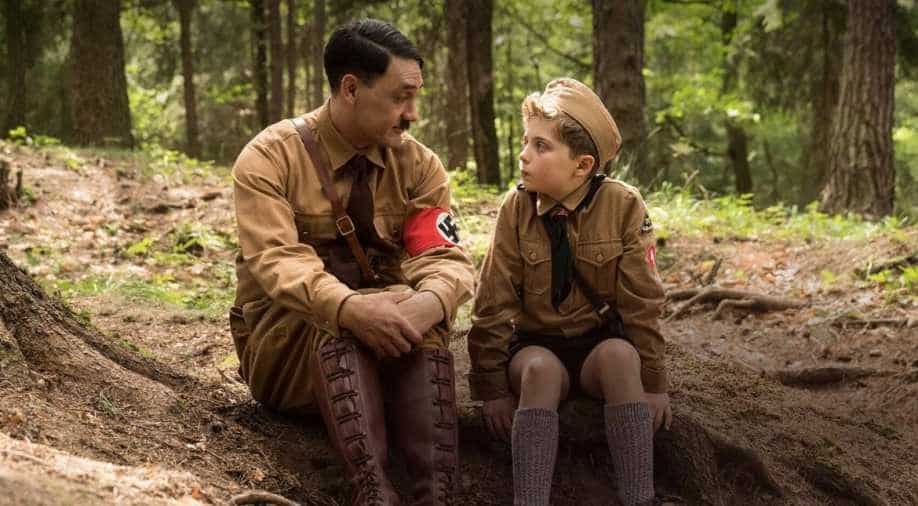 While 'Jojo Rabbit' talks about Hitler's brutal oppression, the laughs are in plenty and the credit goes to the brilliant screenplay which never slips even in the darkest moment.

Hitler's hegemony over Germany and the fascist rule that broke the country's spine is a topic that has been well explored. World War and its futility is one of Hollywood's most tried and tested themes. But Taika Waititi's latest film 'Jojo Rabbit' is the most endearing story on Nazi Germany that one has seen in a long time.

Now, Hitler's brutal rule and his oppression can never have the word endearment attached to it. But Waititi narrates the story of a 10-year-old Jojo- who lives with free-spirited mother Rosie(Scarlett Johansson) in Hitler-ruled Germany. Jojo is part of the young boys' scout club - where young children are trained to be a part of the German army in the future.

While Jojo is a supreme worshipper of Hitler and even has an imaginary friend Adolf (Waititi himself) who is basically the dictator himself--the 10-year-old is still scared of explosions, guns and can't even kill a rabbit much to the amusement of his friends at the camp.

Jojo is obviously brainwashed about Jews and he knows for sure that he will be able to spot one from distance and kill 'it'. Things are fine untill he discovers his mother has hidden a Jew girl in the attic of their house.

Will he turn her in or use it for his convenience, forms the rest of the story.

'Jojo Rabbit' comes at a time when the world over the youth is resisting fascist leaders and state oppression. Slyly and in the most humourous way, the film highlights the way Nazi brainwashed young children to think in certain ways -- that how it would resist any kind of questioning or free-thinking.

Waititi's film is sprinkled with hilarious moments between Jojo and his imaginary friend Adolf who looks like the fascist leader but behaves and reacts like a 10-year-old. The two run at the sight of violence or explosion and even though they keep 'hail hitlering' around they are actually both scared of any kind of aggression.

Young actor Roman Griffin Davis plays Jojo with absolute perfection. He holds the film together and it's from his perspective that the entire story is narrated. Davis is a confident performer and with his charm and perfect comic timing - delivers the most heartwarming performance.

Scarlett Johansson is like a breath of fresh air whenever she comes on the screen. The adult in the house, she tries to reason with her fanatic 10-year-old son with humour and love.

In a film that talks about Hitler's brutal oppression... The laughs are in plenty and the credit goes to the brilliant screenplay which never slips even in the darkest moment.

Watch Jojo Rabbit for its most humourous take on one of the darkest period of history. Watch it for Waititi' s quirk and Davis' endearing act. It's a film that effectively spreads the importance of freedom and love and futility of war with one clever dig at fascism at a time.