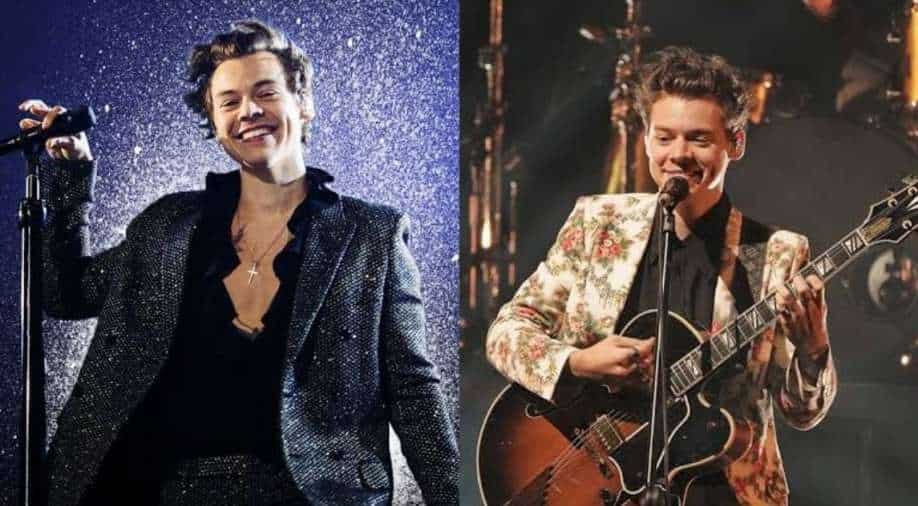 Harry styles at a concert in London Photograph:( Instagram )

Harry Styles performed in London at Brixton’s O2 Academy on Tuesday. The singer paused the show to help a fan in distress.

Harry Styles played to a sold-out crowd at London`s O2 Academy Brixton and the singer halted the gig to help a fan in distress.

Styles, who draped a Ukrainian flag over his microphone stand, asked fans if we they could "split, make a pathway down, please", and addressed the rest of the crowd, saying: "Everyone else good? You OK? We`re going to keep going if everyone feels good."

Just under 5,000 fans flocked to the South London venue to take in the barnstorming performance, as Styles treated his supporters to a number of songs from his latest album `Harry`s House`, as well as his 2020 hit `Watermelon Sugar`, among others, reports femalefirst.co.uk.

Also during the show, Styles told a fan she is "better off" without her ex after the supporter claimed, via a sign, he had cheated on her.

After spotting the notice in the crowd, he said: "This sign says, I might paraphrase, `My boyfriend slept with my best friend,` and then it says, `Boyfriends s**k.`"

Harry then asked the fan, Jess, what her boyfriend`s name was, and she responded: "Luke."

"What I will say is, you`re better off without him."

What`s more, Styles didn`t forget his One Direction roots as during the show he belted out a version of the band`s debut single `What Makes You Beautiful`, before leading his crowd in a rendition of `Happy Birthday To You` for a fan.

Prior to the spectacle, Harry`s fans were banned from queuing until 12 hours before the show.

A sign outside the venue read: "Queueing for the Harry Styles show is strictly prohibited until 8 a.m. on Tuesday, May 24."

Over the weekend, the venue explained the rule was down to other concerts "on the preceding nights".

The team tweeted: "IMPORTANT NOTICE - If you`re lucky enough to have tickets to @Harry_Styles, we`re as excited about this show as anyone but we have other gigs on the preceding nights so we must stress that you won`t be able to queue for it until 8 am on Tue 24 May.”

"Thank you for understanding."