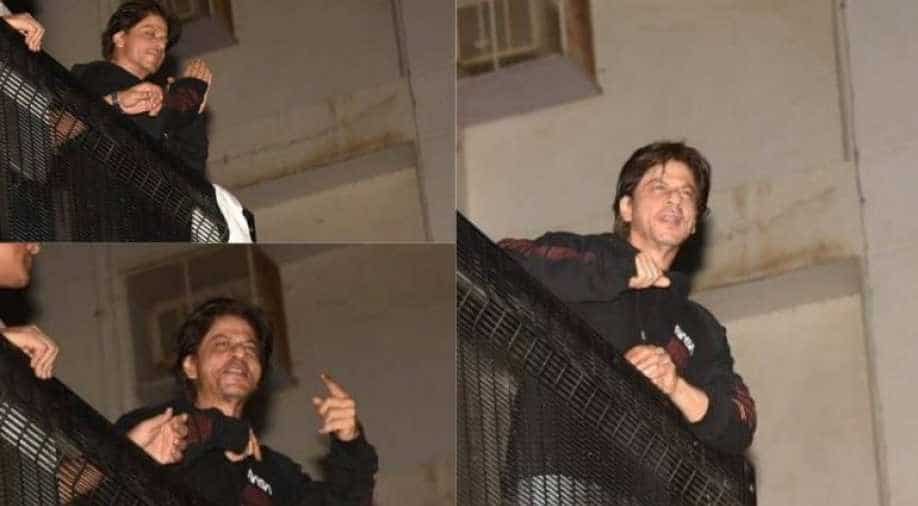 Shah Rukh Khan, who turned 54 on Friday, greeted his fans and waved at them as they waited outside his residence, 'Mannat' to wish him.

As Bollywood superstar, Shah Rukh Khan on Saturday turned a year older, a sea of fans was seen being immersed in the spirit of celebration. And like every year, Shah Rukh's fans gathered outside his residence 'Mannat' in Mumbai to wish and get a glimpse of him on his 54th birthday.

Despite rains, fans who arrived in the city from Delhi, Bihar and other states, waited outside the actor's residence to personally wish him and pour lots of love.

After a few times, the 'Dilwale' actor, who was seen sporting a black sweatshirt paired with blue denim, greeted the fans from his balcony and waved at them. With lot of flying kisses, he also expressed thankfulness for showering immense love and wishes on him.

The actor also expressed concern about his sleeping neighbours by requesting the overjoyed fans to lower their cheers a bit. Meanwhile, Shah Rukh has been away from the big screens for almost a year now as his last movie 'Zero' was released in 2018.

However, the actor has recently promised his fans for an official announcement about his next project come in soon.