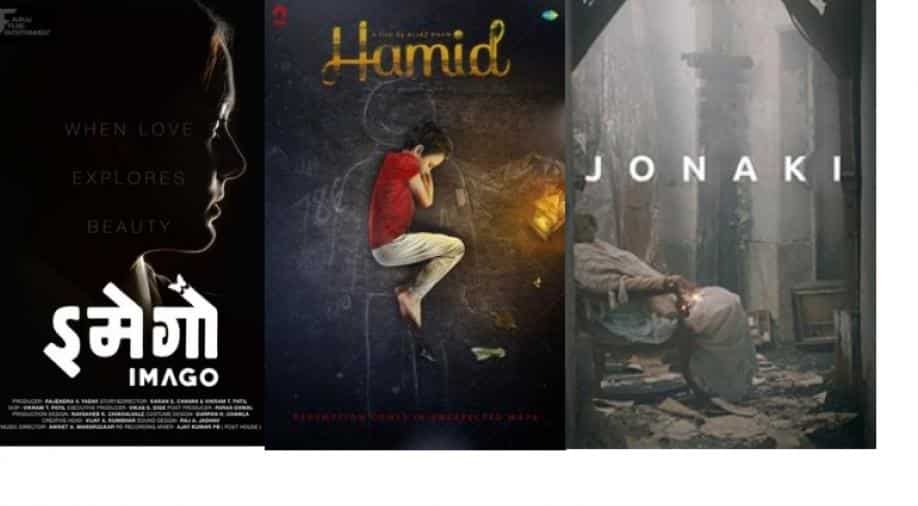 Night of November 1, 2018 will decide the fate of winners of Oxfam Best Film On Gender Equality Awards 2018 which is also the last night of Jio Mami 20th Mumbai film festival with the star.

Here is a good news for frenzy fans of Indian cinema. Indian cinema has been climbing ladders of success as well as is burgeoning with its stories representing chutnification of diverse notions, themes as well as languages to produce a masterpiece of wit and craftsmanship.

To recognise this diversification, Oxfam Best Film On Gender Equality Awards 2018 held annually at Jio Mami Mumbai film festival, has shortlisted many films from all across the centres of film industry.

As many as nine films have been included in this list such as 'Hamid', 'Imago' as well as 'Belakempa'.

These films deal with several themes including 'gender inequality', 'relationship woes', 'fatal diseases that are still looked down as something unacceptable', and others that offer a unique and distinct flavour of creativity based on social stigma.

The jury members have to keep in mind that the theme of the year is ' Gender equality and social stigma', and thus have to make a deliberate and careful attempt in selecting a winner.

On the award ceremony, Oxfam CEO said, "We are thrilled that this year the number of shortlisted films have increased from four films last year to nine. This is a reflection of the changing times in cinema industry worldwide. Stories that uphold a mirror to socio-political realities in India and that defy stereotypes of caste, class and gender are being made, accepted and appreciated. Women in films are making space to be heard both on and off-screen. The award is to appreciate, celebrate and support stories and people in the industry challenging the status quo. The shortlisted films are in different Indian languages--- Kannada, Marathi, Hindi, Malayalam, Tamil, Bengali and each film has an arresting narrative. It gives us great joy that last year's winner 'Village Rockstars' is this year India’s entry for the Oscars."

All nine stories that have been shortlisted bring home the idea of what ordeals an individual undergoes in a stereotypical society like ours where certain issues that actually need sympathy and care are unacceptable in our society.

'Hamid' is a story in Hindi that deals with a little boy who has somehow got God's number and tries to ring Him time and again to talk to his father, it is only in the end of the story that his call gets answered and two individuals unite. Thus, the theme oozes out feelings of nostalgia and sympathy amid viewers.

Meanwhile, the other Marathi genre, 'Imago', a Vikram Patil and Karan Chavan film, is another heart wrenching story of  a teen girl, who suffers from leukoderma but suffers from grim crisis when she turns a victim of skin disease leaving her psychologically and physically ill.

'Jonaki' is another different story that sketches a story of a woman in her 80's who is in search of a true love, thereby lost in her own hay day memories when she enjoyed all the colours of love with her lover.

'Balekempa', 'Nathicharami', 'Light In The Room ( Ottamuri Velicham)', 'Sivaranjani And Two Other Women','Jaaon Kahan Bata Ae Dil', 'Soni' are other films that send shivers down your spine when watched by the audience.

The award ceremony will commence on November 1, 2018, which is also the last night of Jio Mami 20th Mumbai film festival with the Star.

For those who don't know, in 2017, Rima Das' Assamese film 'Village Rockstars' won the Oxfam Best Film on Gender Equality Award at MAMI and later bagged the National Award and is now India's official entry to the Oscars.