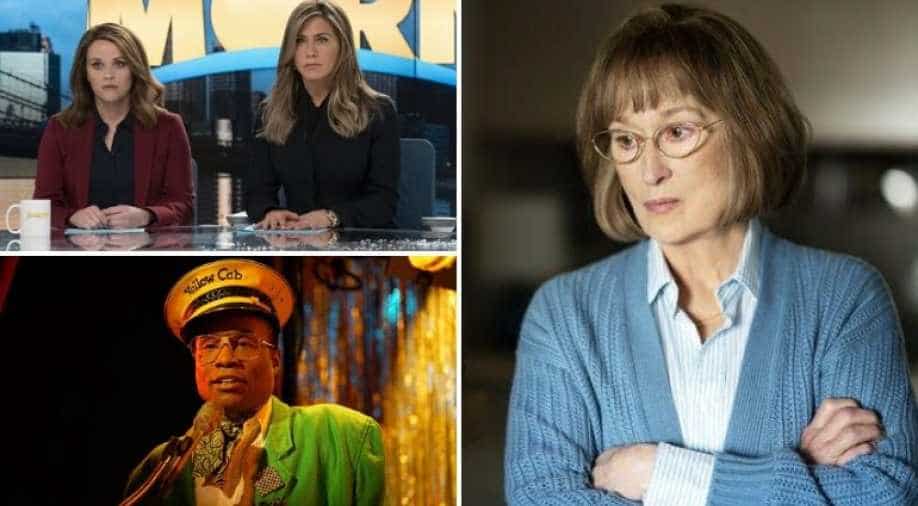 Pundits, though, are placing their bets on two female-led shows to pick up the best drama series. Photograph:( Twitter )

With just a few hours left for one of Hollywood's biggest nights to begin, here are our predictions for televisions' drama category for Golden Globes 2020.

OTT is slowly taking over Hollywood- a fact that has been reiterated time and again especially when the nominees of Golden Globes 2020 were announced in December 2019.

While in films, two of Netflix films ' Marriage Story'  and 'The Irishman' are eyeing for top honours, in the TV categories, the OTT giant is leading with as many as 17 nominations. There are other players too. Apple TV has made its presence with 'The Morning Show'  which has got 3 nods. There are shows of Hulu and FX too getting mention in the list.

2019 saw the end of one of the most popular series of all times- 'Game Of Thrones' - which was royally snubbed at the Globes. The series fetched only one nomination- for Kit Harington in the best actor, drama series.

With just a few hours left for one of Hollywood's biggest nights to begin, here are our predictions for televisions' drama category.

The category is perhaps the most unpredictable one of the entire list as the jury can spring a surprise. Pundits, though, are placing their bets on two female-led shows. 'The Morning Show'  and 'Big Little Lies'. While the consistently good show 'Killing Eve' might just spring a surprise but chances are that the second season of 'Big Little Lies' may just take home the trophy purely on star value. The list also includes 'Succession'.

Some of Hollywood's biggest names compete with each other in this category. Jennifer Aniston and  Reese Witherspoon for 'The Morning Show' are pitted against Nicole Kidman ' Big Little Lies', Olivia Colman for 'The Crown' and Jodie Comer for 'Killing Eve'. Comer won the Emmy this year for her powerful performance in 'Killing Eve' but we feel the award will be Aniston's who has surprised one and all with her portrayal of a no-nonsense news anchor in 'The Morning Show'.

While there may be unpredictability in other categories but in this category, almost everyone is rooting for Billy Porter to win for 'Pose'. Some do feel that Rami Malek could give Porter a tough fight and take it for 'Mr Robot'.  The other nominees in the list include Brian Cox for 'Succession', Tobias Menzies for 'The Crown' and Kit Harington for 'Game Of Thrones'.