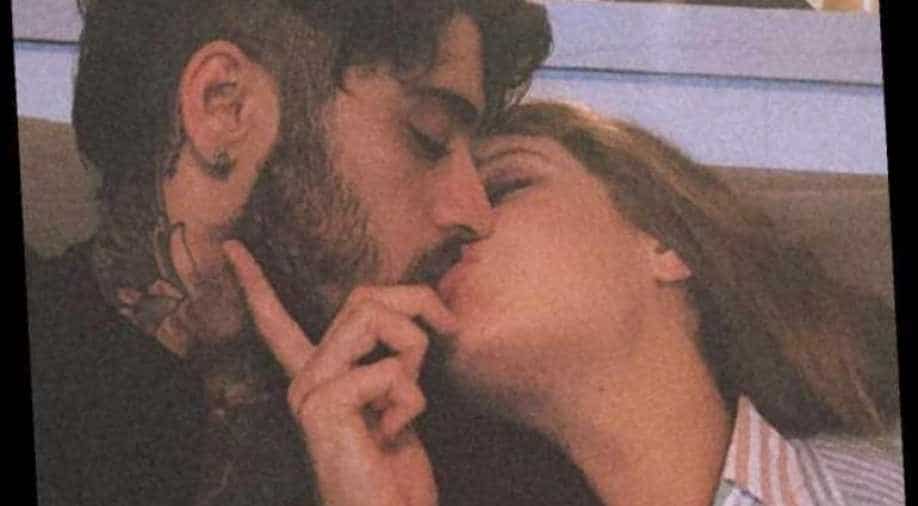 The couple has been dating on and off, from November 2015, the first time when the started dating.

Gigi Hadid and Zayn Malik look so much in love in a new photo that was shared on Friday. Gigi shared a sweet new photo with her boyfriend in which they both can be seen kissing. She lovingly calls Zayn 'baby daddy' in the caption.

In pics: Gigi Hadid and Zayn Malik : A Timeline of their past relationships

Back in April, Gigi and Zayn confirmed their pregnancy during an appearance on 'The Tonight Show', telling host Jimmy Fallon. "Obviously, we wished we could have announced it on our own terms but we're very excited and happy and grateful for everyone's well wishes and support. Especially during this time... it's a nice silver lining to be able to be home and be together and really experience it day by day," she said.

This is the first time when the couple shared a photo since Gigi confirmed the good news. A few days back, Gigi showed her baby bump on her Instagram live told her fans about why she's choosing not to share too many photos of her pregnancy.

"I think a lot of people are confused why I'm not sharing more, but like, I'm pregnant through a pandemic. Like, obviously my pregnancy is not the most important thing going on in the world," Hadid said.

The couple has been dating on and off since November 2015.