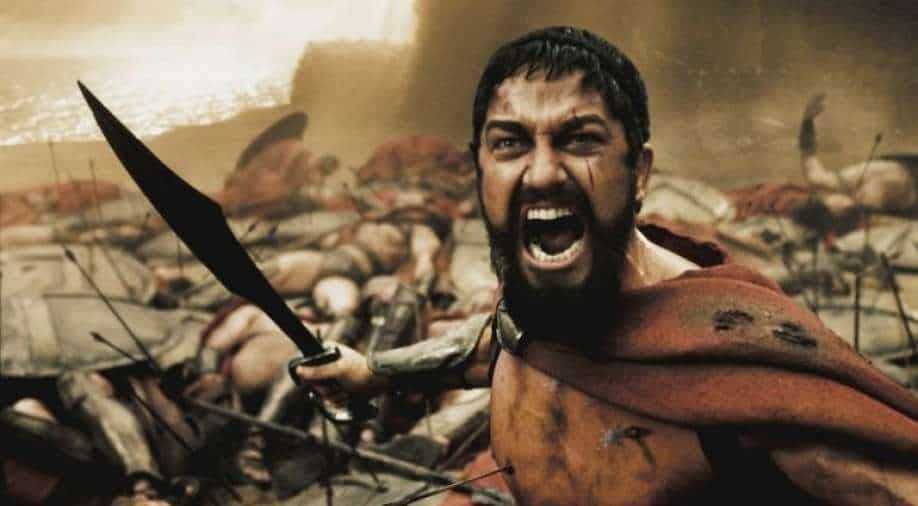 '300' set a box office record at that time with its opening and went on to gross $456 million worldwide.

In an interview, Butler recalled, “I met him for coffee in the valley to discuss playing King Leonidas, the musclebound alpha warrior who leads an army of 300 Spartans into battle with Xerxes.

The 51-year-old actor added, “I came in like a force of nature, but I was met with an equal force of nature, and the two of us came together like a whirlwind.” Butler marched back and forth outside the Starbucks that day demonstrating what he thought “the Spartan walk” should look like. “And Zack’s jumping up and down and going, ‘Yeah! That’s awesome!’ We bonded from the start.”

The film, which drew its plot and striking visual style from the 1998 Frank Miller/Lynn Varley comics of the same name, required its cast of to wear very little. “That was the best shape I have ever been in in my life,” Butler said, who worked out six hours a day. “In some ways, I was ruining my body, but I was looking amazing doing it.”

The $60 million Warner Bros. feature began its two-month shoot in Montreal in October 2005; except for one exterior, it was all performed in front of bluescreens. “There were times you would walk around in your red cape and little leather underpants and someone would point at nothing and say, ‘Look! A burning village!’ And I remember going, ‘Oh my God. This movie’s going to suck,’ ” Butler added.

“When I first saw the final product, I was with 13 of my representatives and friends, and our jaws were dropping,” Butler remembers. “It was like, ‘Look at what Zack did!’ I can’t speak highly enough about him. As a director, as a creative, as a kind, excited, passionate guy.”

'300' set a box office record at that time with its opening and went on to gross $456 million worldwide.