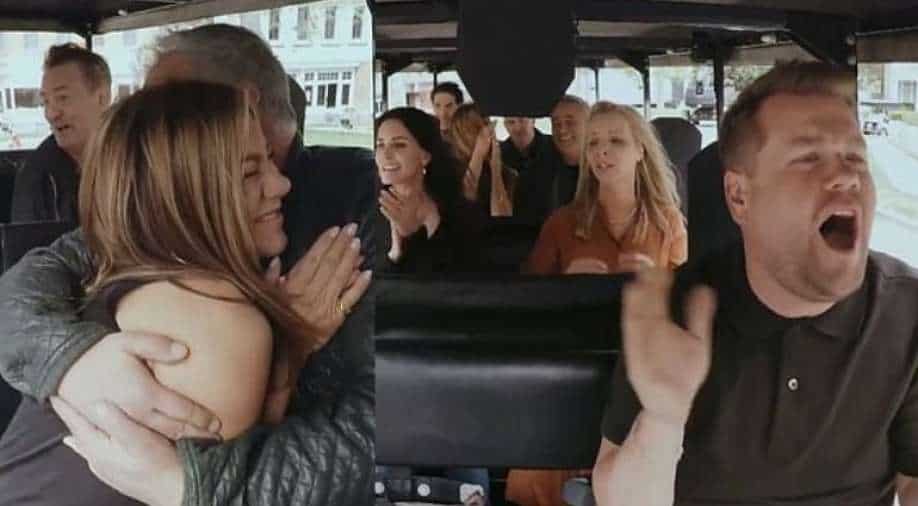 On the recent episode of 'The Late Late Show', Corden's famous Carpool Karaoke fetaured the cast of  'Friends'.

James Corden is teasing fans with another fun and yet iconic moment with the 'Friends' cast.

On the recent episode of 'The Late Late Show', Corden's famous Carpool Karaoke featured the six leading cast of 'Friends'.

The host released the 10-minute short video of karaoke. In the video, the comedian with the cast including Lisa Kudrow, Courteney Cox, Matt LeBlanc, Jennifer Aniston, Matthew Perry and David Schwimmer, drives a golf cart around the Warner Bros.  studio where the sitcom was filmed.

What more! The seven of them together sing the iconic theme song of 'Friends'-  'I'll Be There For You'. Then the group heads towards the Central Perk where James asks Matt, 'How does it feel being in this set?'

To which, he replies, 'I didn't anticipate being on set was going to hit me, we spent a lot of time on these sets. Some of it happened on camera but some of the funniest times happened between us that never made it to TV. The whole world never saw that.

''These six people mean the world to me, except Schwimmer, him not so much.''

Corden hosted the reunion special which aired last month worldwide bringing back memories of the iconic show. The six lead actors came together for a special unscripted show which most fans are still talking about.

The reunion episode of 'Friends' is currently streaming on Zee5 in India.