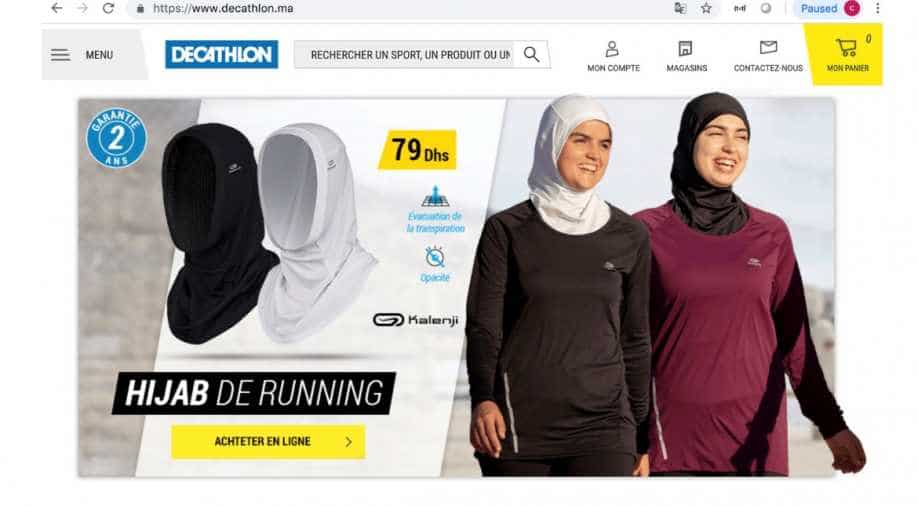 The product sparked outrage in France as politicians across the country said that it was a violation of French principles on secularism.

In an unprecedented turn of events, a French sporting goods company took down one of its products, a hijab for women joggers, from its shelves after it came under fire from users on social media.

The product sparked outrage in France as politicians across the country said that it was a violation of French principles on secularism.

The hijab, a hood designed to cover the hair was originally made by the French company for its Morocco audience on the request of some customers there. It was called Decathlon's ‘hijab de running’.

As public debate picked momentum, the sports company issued a statement on Tuesday that it had suspended the sale of the item in France over concerns about the safety of its staff, which it said had been insulted and threatened on social media.

In response to this, French Justice Minister Nicole Belloubet said on Wednesday that sports stores are free to sell the running hijab and that there are no legal objections. She was heard saying: “The debate on this issue became hysterical and I regret that.”

For those who are unaware, civil servants in France cannot wear hair-covering veils during working hours and face-covering veils are banned for everybody in the public space. Items of clothing seen as asserting a religious identity often spark controversy, even if legal.