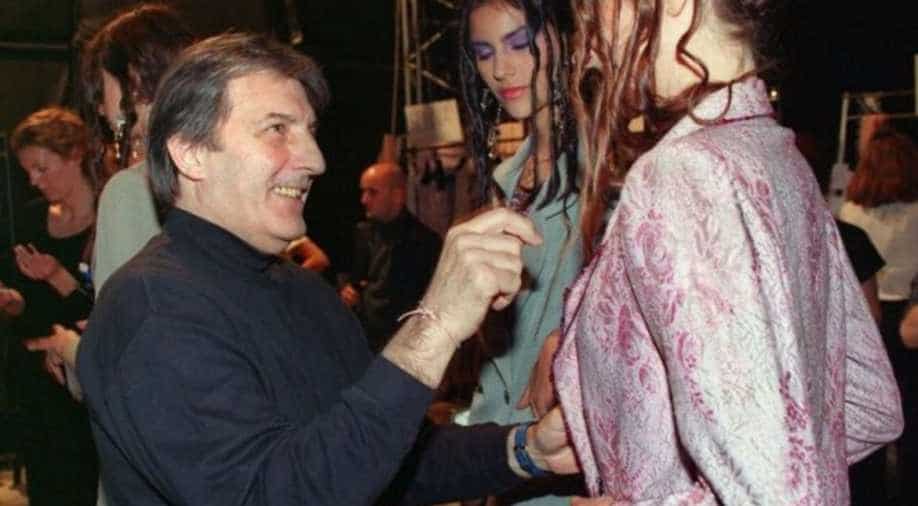 Emanuel was a favourite among the high profile celebs and he dressed celebrities like Jacqueline Kennedy, Gena Rowlands and Catherine Deneuve.

French fashion designer Emanuel Ungaro is no more. The man who did not shy away from using vibrant colours in his clothes, using prints on prints and reinvented the style of draping, died at the age of 86.

It was confirmed Sunday by the eponymous Paris fashion house Emanuel founded. In an Instagram post, the label announced that he “will remain in our memories as the Master of sensuality, of colour and flamboyance.”

According to French media, Emanuel Ungaro died Saturday but the official announcement was made a day later.

Emanuel was born in the southern French city of Aix-en-Provence in 1933.

He took to clothes and the artistry behind making them as he learned how to sew from his father who was an Italian tailor. He moved to Paris at the age of 23 and two years later, he started working as an assistant to Spanish fashion designer Cristobal Balenciaga.

Before finding his own company in 1965, he worked for a couple of years for the Courreges house.

Emanuel was a favourite among the high profile celebs and he dressed celebrities like Jacqueline Kennedy, Gena Rowlands and Catherine Deneuve.

The French designer is now survived by his wife and their daughter.