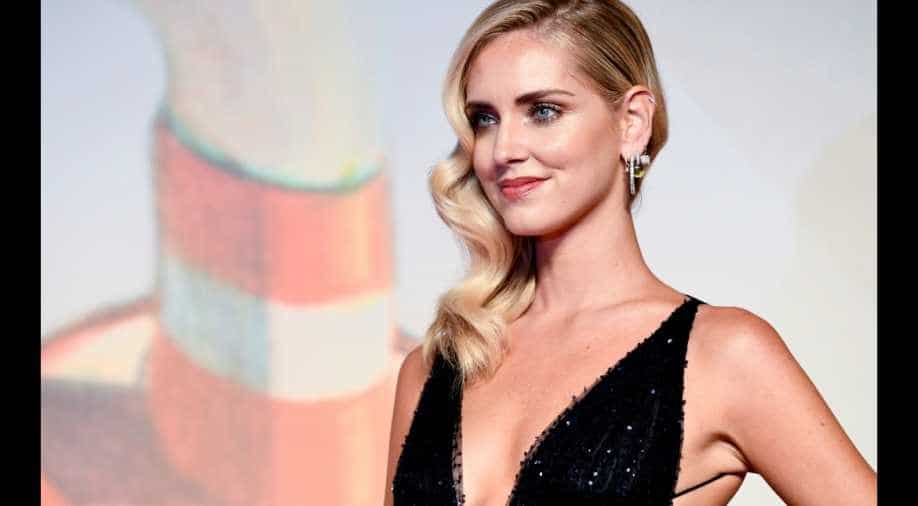 The 32-year old, who counts 17.2 million followers on Instagram, is a celebrity in her native Italy as well as the fashion world, famed for postings her looks online.

Fashion came to the Venice Film Festival on Wednesday when Instagram star Chiara Ferragni took to the red carpet for the premiere of a documentary about her rise to global stardom as a digital influencer.

The 32-year old, who counts 17.2 million followers on Instagram, is a celebrity in her native Italy as well as the fashion world, famed for postings her looks online.

Kickstarting her career some 10 years ago with her 'The Blonde Salad' blog, Ferragni, whose business strategy became a Harvard Business School case study, is now considered one of the most influential people in the industry.

Despite screening out of competition and at a smaller venue than the festival's main feature films, the premiere of "Chiara Ferragni - Unposted" drew a crowd of about 300 people, including fans screaming her name.

"Creating this documentary has been the most challenging project I've ever taken part in," Ferragni wrote alongside a tearful video post this week in the run-up to the premiere.

"Letting someone else, the director ... tell my story and go deep in everything I've experienced has been scary but therapeutic. Being able to show you how my business started 10 years ago and that it's not only about posting a nice selfie was of extreme importance to me."

In the documentary, written and directed by Italian writer and filmmaker Elisa Amoruso, Ferragni talks about her work, which now includes a fashion brand and beauty classes, sharing personal moments such as her pregnancy worries and son's birth online as well as dealing with negative comments.

As well as highlighting the power of social media stars, the film also looks at Ferragni's split with a former boyfriend and business partner and her 2018 nuptials to Italian rapper Federico Lucia, which was dubbed "Italy's royal wedding".