Fans are convinced that Lady Gaga is participating at the Tokyo Olympics. Here's why 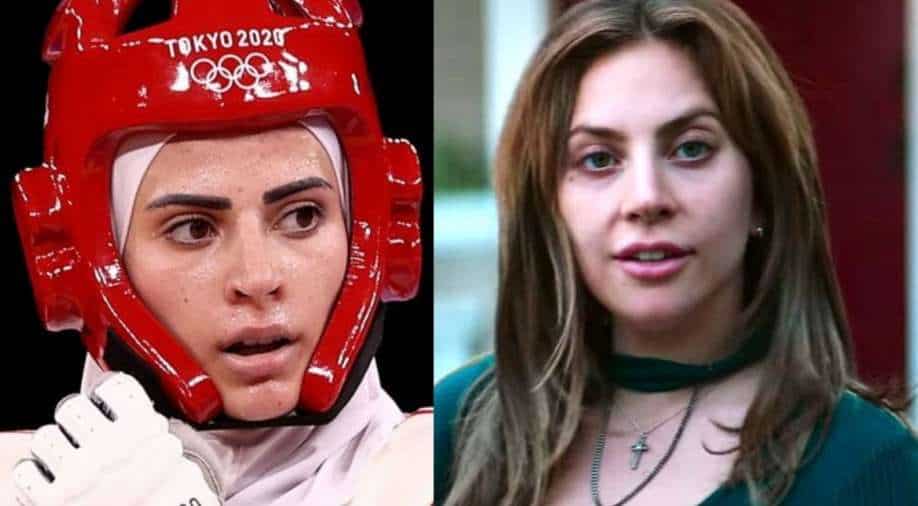 Julyana Al-Dadeq who is representing Jordan in the taekwondo event bears striking resemblance to Lady Gaga.

Lady Gaga's fans were surprised when they saw her doppleganger competing at the Tokyo Olympics.

Julyana Al-Dadeq who is representing Jordan in the taekwondo event bears striking resemblance to the singer. Photos of her from the event went viral on Monday with fans pointing out the similarities between Julyana and Gaga.

this is Lady Gaga at the Tokyo Olympics and no one can convince me otherwise pic.twitter.com/Qw8aOCmCrh

Gaga's fans, whom she lovingly calls as 'Little Monsters' went gaga for the doppelgänger, who was knocked out of the women’s 67kg category in the round of 16 by Brazil’s Milena Titoneli.

Fans hilariously tweeted that how Gaga is done with Grammys and Oscars- and is now eyeing an Olympic medal as they shared images of Julyana Al-Dadeq.

Have a look at some of the tweets

Why is Lady Gaga at the Olympics pic.twitter.com/DMvSOHCGyn

Wtf 😭☠️ Lady Gaga in the Olympics we're so proud of you!! you made it 😭😭☠️☠️ pic.twitter.com/cwvnlUN41y

There can be a hundred people at the olympics and one of them is Lady Gaga competing for a taekwondo medal. pic.twitter.com/B90HsaKtLu