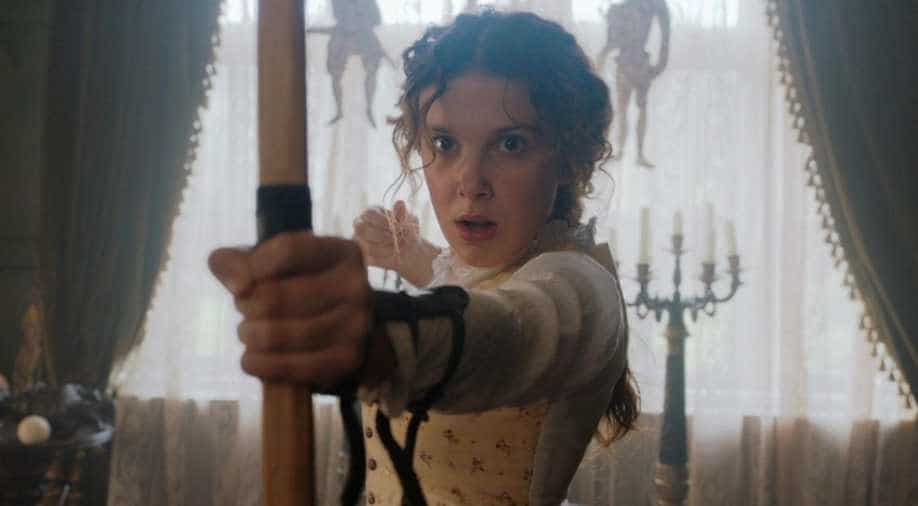 Millie Bobby Brown knows how to lead stories and that’s something everyone who’s seen ‘Stranger Things’ would agree to.

Starring in and as ‘Enola Holmes’, Millie Bobby Brown plays a teenager who knows a thing or two about being a woman in a man’s world as she is taught those ‘feminist’ ideas by her very own mother, played by Helena Bonham Carter. The Netflix film that premiered on September 23 pits Millie in a world that does not recognise women’s rights and subjects her to regressive ideas of social constructs -- one where a ‘decent’ woman wears corsets, hats and glove, learns embroidery and gets education so that she can find a ‘suitable match’. Enola is, ofcourse, from the 19th century.

The movie starts with Millie losing her mother as she disappears one fine day with not so much as a letter and finding herself two brothers who have not been a part of her life, for as long as she can remember. Henry Cavill (Superman) and Sam Cleflin are her two siblings and they play Sherlock Holmes and Mycroft Holmes. Yes, Sherlock the world-famous detective is her brother.

‘Enola Holmes’ is bright and honest in its vision and messaging as it deals with multiple issues that sum up under the broader topic of gender equality and the fight of a 19th century woman to reach where we are today, free of corsets and the ‘need’ of a ‘suitable’ match.

Directed by Harry Bradbeer, the Netflix film is a Millie Bobby Brown show as she entertains the audience with her part-cheeky, part-resilient detective Enola act who wants to find herself, her mother in a strange world. Henry Cavill is equally sharp as Sherlock Holmes but you would love Enola the detective more.

The cinematography is breezy to the eyes as it captures the panoramic views of London and its countryside -- mansions, green pastures and everything you could imagine from the time. If you watch it on 4K, the picturesque countryside almost looks unreal with bellowing chimney, vintage villas, cobbled streets.

'Enola Holmes' is a family entertainer, an easy watch to lap up over a two-hour break.