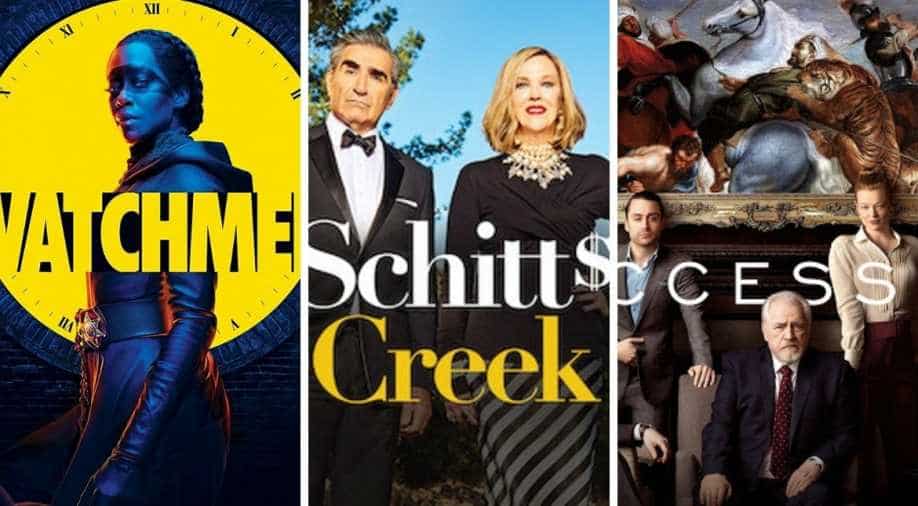 Emmy Awards 2020 has stars make it to the virtual ceremony from their homes.

It is a different Emmys this year courtesy the coronavirus pandemic. No red carpet and no audience as the host speaks amid several precautions.

Emmy Awards 2020 has stars make it to the virtual ceremony from their homes. To avoid the drawbacks of a Zoom call, the showrunners have arranged for many movie-quality cameras, lights and microphones to capture live and spontaneous reactions from winners in their living rooms. Producers are monitoring 130 live feeds from about 20 cities, including Los Angeles, New York, London, Tel Aviv and Berlin.

The night ends with a successful merger between Waystar Royco and #Emmy! Succession (@HBO) wins the Emmy for Outstanding Drama Series! #Emmys pic.twitter.com/Ez7TIdRMMF

The #Emmy for Outstanding Lead Actress In A Drama Series goes to @Zendaya (@euphoriaHBO)! This is her first #Emmys nomination and win! pic.twitter.com/blFom9uWQi

Congratulations to the incomparable @ReginaKing, the Nun With The Motherf*cking Gun, on her #Emmy win for Outstanding Lead Actress In A Limited Series Or Movie. pic.twitter.com/oi5cnmqiRJ

Emmy 2020: Five things to watch for on glitzy virtual night

Can't get enough of this tender father/son moment between @danjlevy and @Realeugenelevy! @SchittsCreek made official #Emmys history tonight by sweeping all 7 Comedy categories! pic.twitter.com/dJLVuPEgxm

'Watchmen' has the maximum number of nominations this year with 26 nods while 'The Marvelous Mrs Maisel' is the second most-nominated series with 20 nods, followed by Netflix’s 'Ozark' with 18.

All that you need to know about Emmy Awards 2020