Emma Watson, Tom Felton and other cast members of 'Harry Potter' have a Christmas reunion 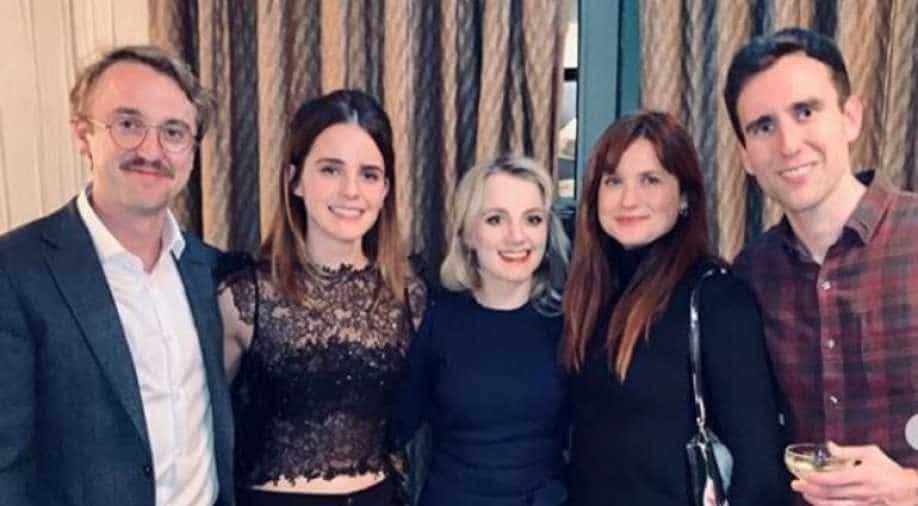 A group photograph of the former `Harry Potter` stars was first uploaded on Instagram by Felton who played the role of Draco Malfoy.

Harry Potter fans, Emma Watson, Tom Felton and other cast members have got a perfect Christmas present for all of you.

A group photograph of the former `Harry Potter` stars was first uploaded on Instagram by Felton who played the role of Draco Malfoy.

The picture was again posted on the social media platform in black and white by Emma Watson, with the caption "Merry Christmas from us".

Merry Christmas from us ☺️

In an interview with a media outlet in November, Rupert Grint (Ron Weasley) recollected that during the filming of the Harry Potter series he had an intuition that Weasley and Felton developed some attraction towards each other. "Yeah, I could. There was always something. There was a little bit of a spark," said Grint.

He later clarified that in his opinion, it was nothing more than `playground romance`.

In recent interviews, both Watson and Felton made it quite clear that they are content being single and are ok with the idea of living their lives as "self-partnered" individuals.