Ellen DeGeneres slammed for calling quarantine in $27 million mansion, 'being in jail' 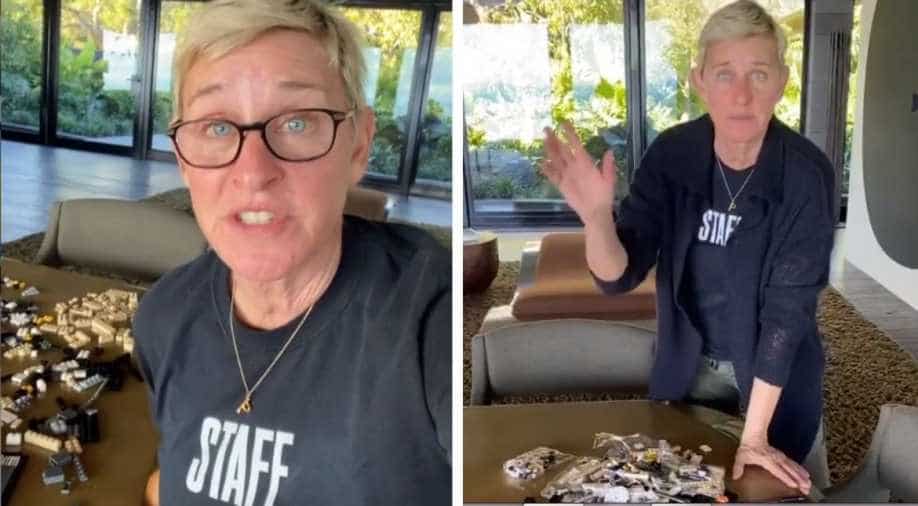 Her fans and followers became angry after she compared her self isolation to being in jail.

Ellen DeGeneres infuriated her fans and followers on social media when she compared self isolating in her mansion to being jailed. The popular US TV presenter has often shared videos of herself from her house that looks nothing short of heaven as she currently isolates with wife Portia de Rossi due to coronavirus outbreak.

Not being able to keep herself busy, Ellen shares constant videos of herself chatting with friends or sharing with her fans how she is keeping herself entertained. One such time when she shared a video, she said, "This is like being in jail, is what it is. Mostly because I've been in the same clothes for 10 days and everyone in here is gay."

The video was picked up soon after it was posted as people started pointing out her life of privilege, to have such a home and still call it jail. People pointed out how she can be in such a large home, work from home without having to think about anything when many others are physically and mentally disturbed by the pandemic.

One Twitter user commented,  "@TheEllenShow Just goes to show that money can’t buy class and that becoming famous for some numbs them to real life. My tv, will never, ever be tuned into your show."

Another user tweeted: "@TheEllenShow Comparing being quarantined to being in prison in sickening. Must be real hard being stuck in a 24 million dollar jail cell. You over privileged t**t."

Another wrote, "@TheEllenShow c'mon. I love ur show but this is insensitive to say THE LEAST.

“Ellen is scum”, "Amazing how one stupid unthoughtful commentary can change how we look at one person's personality. I am sure she regrets this,” were some other comments that came pouring.

Meanwhile, Ellen DeGeneres owns a $27m (£21m) Santa Barbara mansion, as well as other properties. The house she is currently in quarantine in has an infinity pool, 10 bathrooms, and eight bedrooms.