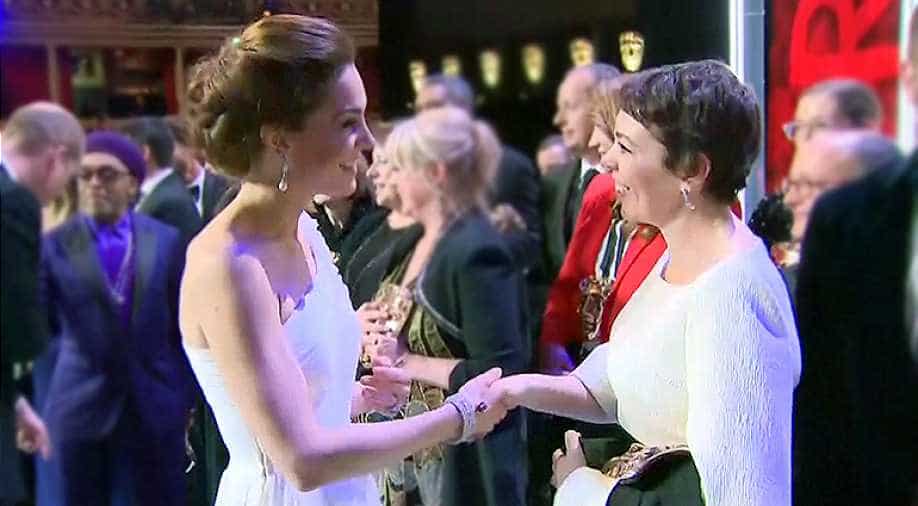 Among several others, the Duke and Duchess of Cambridge met stars of 'The Favourite', which took several wins including Outstanding British film, Best Actress and Best supporting actress prizes at Britain's top film honours.

Netflix black and white movie 'Roma' picked up the Best Film and Best Director prize. Prince Willliam told the cast, including director Alfonso Cuaron, that it was an "amazing, incredible story".

"It obviously captivated everyone's attention and imagination," he said.

Malek and William spoke about filming the biopic in Britain.

Bradley Cooper, who picked up the Original music prize for 'A Star Is Born', was also congratulated by the royals.