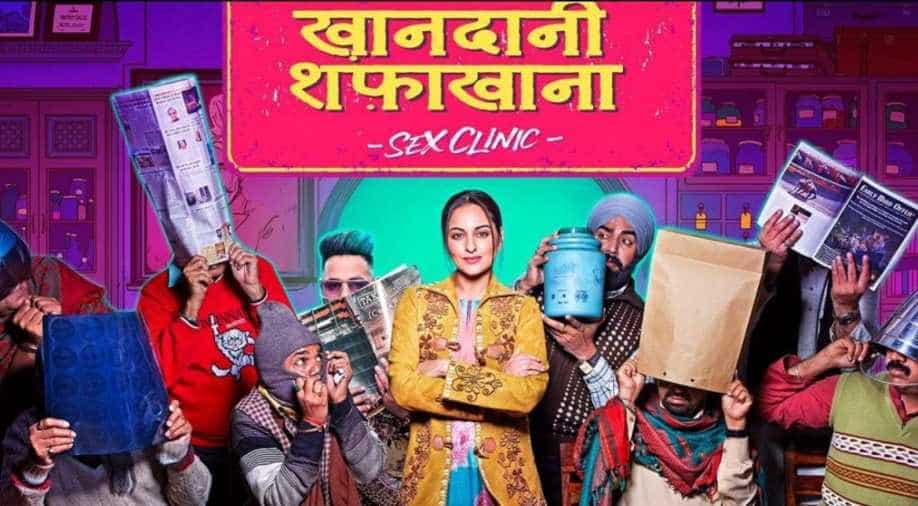 The slow-paced melodious track follows the beautiful bond developing between Sonakshi and Priyansh as they try and steal some moments together.

After dropping an upbeat track, makers of Sonakshi Sinha starrer 'Khandaani Shafakhana' are back with another song, 'Dil Jaaniye', which is sure to make the monsoons more romantic.

Shot in crowded streets, the song starts with Sonakshi gazing at her hero, Priyansh as he juggles lemons until he notices her eyes fixed on him.

The slow-paced melodious track follows the beautiful bond developing between the two as they try and steal some moments together. Sonakshi, who is seen as a cheerful, bubbly girl in most of the trailer is rather calm and composed in this song.

Crooned by Jubin Nautiyal and Tulsi Kumar, the romantic number is sure to leave you soothed anytime.

The mellifluous lyrics have been penned by Shabbir Ahmed with Payal Dev composing the music.

The film will hit the big screens on August 2 and is a quirky take on the taboo around sexual disorders featuring the 'Dabangg' actor taking over her uncle's 'Sex Clinic' after his demise.

Expressing admiration for her character, Sonakshi even changed her Twitter profile name to 'Baby Bedi', the character she is essaying in the film.

Sonakshi is also busy shooting for 'Dabangg 3' where she will be reprising her role as Rajjo, while Salman Khan plays the protagonist, Chulbul Pandey.