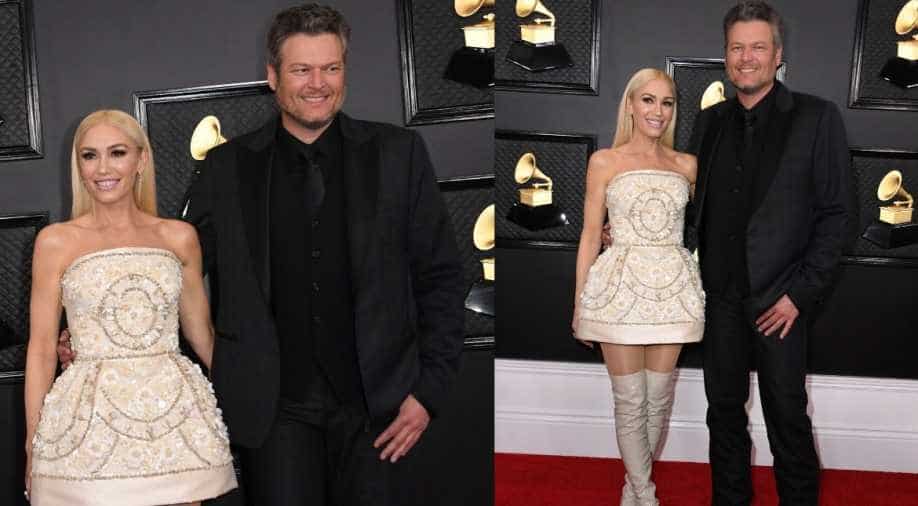 If recent media reports are to be believed Gwen Stefani and Blake Shelton have secretly got married.

If recent media reports are to be believed Gwen Stefani and Blake Shelton have secretly got married. New photos obtained by The Post show Stefani flaunting a sparkling diamond wedding band next to her massive engagement ring.

The photos come a day after the former No Doubt lead singer posted a picture on Instagram with the caption, "SHE’S GETTING MARRIIIEEEED."

Stefani was caught wearing the sparkler during a trip out with her country singer fiancé Blake Shelton and her 7-year-old son Apollo in Santa Monica, California. She shares her son with singer Gavin Rossdale.

Stefani and Shelton twinned in navy-blue shirts and blue jeans and baseball caps as they attended children's sporting event.

A source close to the couple has previously said Shelton built a chapel on the grounds of a ranch the two own. The source had revealed that they had planned to use it for their wedding ceremony this year.

Shelton had popped the question to Stefani in October with a massive, 6- to 9-carat, round solitaire diamond set on a platinum band.
The couple have been together since 2015 after they met on the sets of 'Voice'.

There has been no confirmation on the news from either of the singers so far.