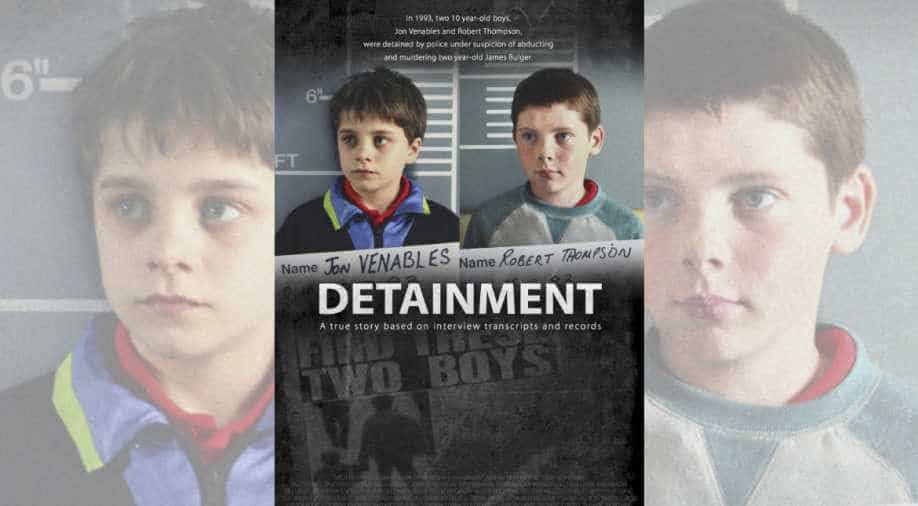 The film reenacts the 1993 interviews of 10 year-olds Jon Venables and Robert Thompson, before they became the youngest people ever to be convicted of murder in the UK after abducting and murdering two-year-old James Bulger.

Oscar-nominated short film 'Detainment' is possibly one of the most controversial films nominated for an Academy Award.

The film, which reenacts the 1993 interviews of 10 year-olds Jon Venables and Robert Thompson, before they became the youngest people ever to be convicted of murder in the UK after abducting and murdering two-year-old James Bulger.

Bulger's mother, Denise Fergus, has reacted angrily on Twitter about the inclusion of the film in the Oscar race, saying "I cannot express how disgusted and upset I am at this so-called film that has been made and now nominated for an Oscar."

An online petition has also been set up to demand the Academy withdraw the film from the short film competition. The Academy responded with a press release explaining its neutrality in the choosing of the films to compete.

When asked about the controversy, director Vincent Lambe replied "It's a hugely sensitive case and I have enormous sympathy for the Bulger family. I always have. And we never meant to cause any distress by making this film but it is a difficult film, I think, to make and because there's more than one perspective on the case, we decided to not contact any of the families involved in it and we focused solely on the factual material that was available and the transcripts that have been public knowledge for 25 years."

The case continues to be headlines in the United Kingdom 25 years on because of the horrific nature of the case.

Lambe said "I've never claimed that the film has the answers as to why these two boys did it but when I started to look into it, that's what I wanted to know. I could never understand how two 10-year-old boys could commit such a horrific crime. So it doesn't have the answers but it does allow people to ask the right questions and I would hope that they would want to research it more or try to get a deeper understanding of it after they've seen it."

The award for short live-action film won't be televised but will be given out during a commercial break.

Meanwhile, the Academy is currently facing a backlash from Hollywood over its decision to give technical Oscars during ad breaks.