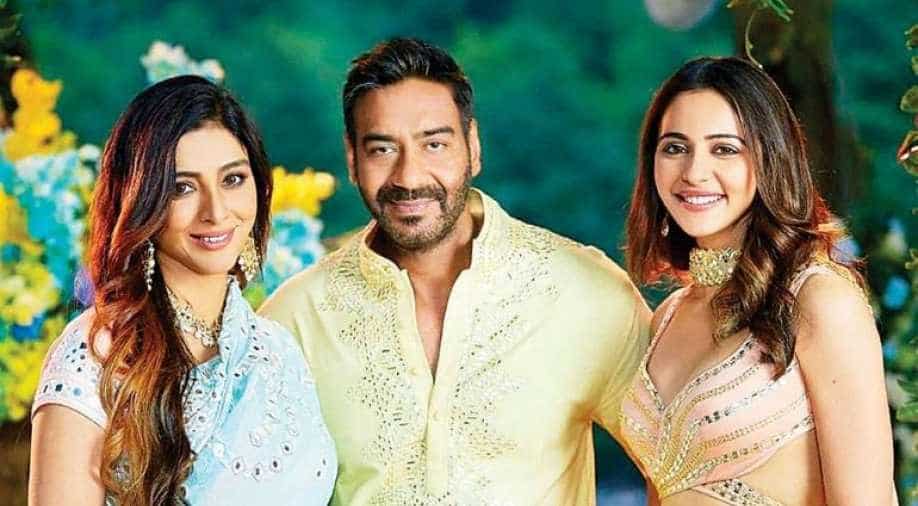 The casting of the film is quite appropriate and it refreshing to watch Devgn play a character his age.

Luv Ranjan, who serves as the writer and producer of ‘De De Pyaar De’ has made a name for himself by making comedies where the men are portrayed as the victims and women as conniving manipulative gold diggers. His biggest film ‘Sonu Ke Titu Ki Sweety’ was termed by many as misogynist in nature. In his latest, starring stalwarts Ajay Devgn, Tabu and Rakul Preet Singh, the trope is the same but Ranjan makes the women deliver the lines on behalf of the gullible, innocent man.

Directed by Akiv Ali, the film has Ajay Devgn playing investment banker Ashish living in London who finds himself falling for Ayesha (Rakhul Preet Singh) who is half his age. After the initial hesitation where the two try to work their way around their own mental blocks and prejudices, they profess their love for each other and start living in. All is hunky-dory until Ashish decides to make Ayesha meet his estranged wife Manju (Tabu) and his two grown-up kids living in India.

As they reach India, Ashish realises that things are not so smooth as he would think they are and his family does have some issues of accepting his new girlfriend who is just a year older than his own daughter. 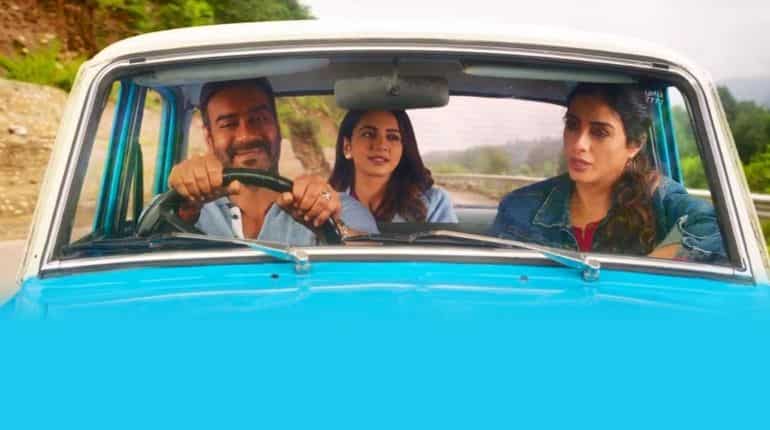 The casting of the film is quite appropriate and it refreshing to watch Devgn play a character his age. For an industry where men have longer shelf life than the woman and where films normalise 50 plus heroes romancing actresses half their age- 'De De Pyaar De' indeed makes a refreshing change where the lead protagonists address the age-gap in great detail.  But the writing is such, that the said age-gap is only spoken about, Ayesha and Ashish never really have anything generational gap in terms of their likes, dislikes, and behaviour. For a 50-year-old, Ashish is in fact too fit and strangely hangs out with people half his age most of the time. But this is really a minor glitch in comparison to the way writers justify one-night stands and make the man- as usual- the victim of situations.

The film ultimately succumbs to Luv Ranjan's school of misogyny where the man, despite being a terrible husband and a father, is not really at fault for cheating his partner or having a one night stand. At the very beginning of the film, Singh's character says to Devgn, 'If sleeping with a person cant make you fall in love with him instantly, how can a one night stand make you fall out of love?'- which sort of makes Ranjan and team seem okay about cheating. Also, the writers cleverly make the woman speak on behalf of the man. 'It's not right to blame him always for everything,' claims the wife at a poignant moment. Or that even if he has had a one night stand, it was only because the woman was weak and he was there to support her. Some bizarre logic from LUV Ranjan school of love!

On one hand, the makers harp on normalising an older man- younger woman relationship, on the other hand, they compare the older woman to a not-in-use old car which is well, to say the least.

Tabu, like always, shines the most in the film that is pitched as a comedy but turns bland quite early. Give her any role, and she delivers. Be it the scene where she breaks down complaining that she is tired of being the responsible one all the time, or the scene where she play-acts just to make Singh's character jealous- Tabu is pitch perfect. Singh has immense screen presence and delivers a sharp performance but her character is tad over-written and the constant exuberance in the first half is exhaustive after a point. The ladies get better fleshed out roles, and Devgn appears hapless in the entire second half. Jimmy Shergill gets a delightful cameo and along with Tabu almost steals the show.

Unlike other Luv Ranjan films, 'De De Pyaar De' fortunately doesn't make the women gold diggers and lets them have a mind of their own. But it still is problematic for several other aspects.