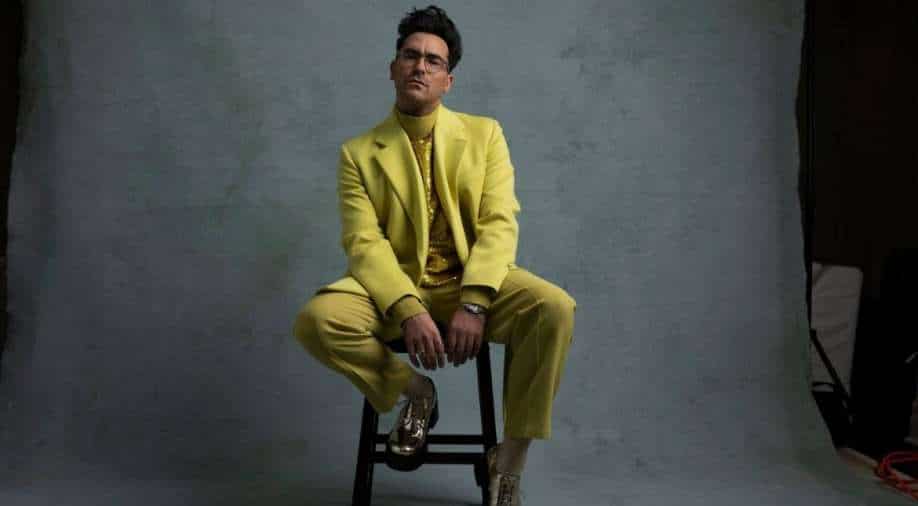 In February, first-time SNL host King showed off Levy's note to her on her Instagram Story. "Regina! You got this! Much love, Dan," it read.

However, the Schitt's Creek creator and star is setting the record straight on the origins of the custom, admitting he wasn't the first SNL host to leave behind a note for his successor.

"I feel the need to clarify this… I didn't start (the tradition)," he told Today. "I kind of continued it." Levy said he was inspired by a lovely message from Woody Harrelson to Phoebe Waller-Bridge from the year before in the dressing room.

"So I asked if I could leave a note for Regina because the process is such a strange experience," he continued. "Strange, wonderful and intimidating experience that like, a little note from the person that had just done it felt like such a sweet vote of confidence."

In February, first-time SNL host King showed off Levy's note to her on her Instagram Story. "Regina! You got this! Much love, Dan," it read.

The actress and director kept the gesture going, and the next week, Bridgerton's Regé-Jean Page revealed the kind words she left for him: "Regé-Jean, You got next and you are going to be amazing! I'm a big fan. Regina K."

He then paid it forward again for his successor, Nick Jonas, who pulled double duty as host and musical guest. Jonas tweeted out a shot of Page's message, which read: "Just have the BEST time Nick! Rege."