Cricket Fever to Sons of Soil: 5 docuseries to watch on OTT platforms 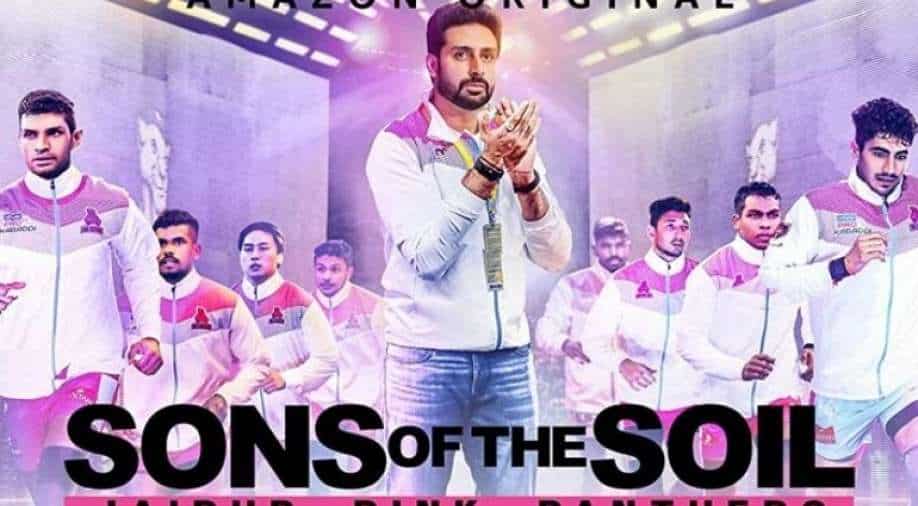 Give fiction a break and watch these docuseries on OTT instead.

After five gruelling days of presentations, zoom and conference calls, it’s time for the two most-eagerly awaiting days – Saturday and Sunday. After all, that’s when we binge the planned, newest series and movies in order to unwind. If you’re looking to watch something new this coming weekend, how about something different like docuseries?  They’re as real as you could possibly expect with each one of them being as engrossing as ever, chances of you getting up from your couch are absolutely nil. So without any further ado, here are five docuseries that will be motivating and surely make you feel high and good.

This series is a sneak peek into what goes behind the making of the current IPL champions that is the Mumbai Indians. The docuseries takes us back to the 2018 season where the defending champions faced a season full of ups and downs. Spanning 8 engrossing seasons, we saw how team owner Nita and Akash Ambani treat the team filled with talent aplenty like their family and motivate them to give it their best shot. Watching a completely different side to household names such as Rohit Sharma, Kieran Pollard, the Pandya brothers makes you respect these cricketing icons even more after this fascinating watch.

This docu-series is unique. It truly focuses on a sport which has taken birth from the mitti, Kabaddi. After the IPL, premier leagues started happening for football and kabaddi to create an awareness about these sports and rekindle the passion one has for them. This series is releasing on the 4th of December exclusively on Amazon Prime Video. Jaipur Pink Panthers is a kabaddi team owned by Abhishek Bachchan. This series has all of it right from team practice sessions and meetings, fights, and the gripping sport that has fascinated each one of us.. It showcases the state of Indian Players who are not a part of mainstream sport and their struggles. This series also sheds light on Abhishek Bachchan as an owner, an influential person who seems to overturn his side’s poor form and motivate them towards victory.

3) Roar of the Lion (Disney+Hotstar)

If a team wins, it wins together. If it falls, it will fall together. Produced by Kabir Khan, Road of the Lion talks about Chennai Super Kings and the hurdles they had to face as a team. With some members of the team accused of match-fixing, CSK had to face a two-year ban from the IPL. This series talks about the emotional downfall and accusations players like MS Dhoni, Ravindra Jadeja, Shane Watson, Suresh Raina, amongst others, had to face. It’s a story of how they coped up with the accusations and how they came back in IPL in 2018 to win.

This digital docu-series offers a captivating perspective on the strife-ridden regions in the Kashmir valley This fact-based docuseries made an honest attempt to showcase life in the valley as it is without any tampering. Here is a series that will surely give you chills down the spine as you watch the story of one of the most beautiful places on earth that have been ravaged by war and conflict.

This docuseries is an eye-opener for many of us who take personal hygiene and menstrual tools like pads, tampons for granted. There are so many women in across the length and breadth of the country who are unaware of the W’s of periods. Why do they happen, When do they start and stop? What should be done to maintain hygiene during those times? It will make you conscious that a strong taboo and stigma is attached to periods. People don’t like to talk about it, be aware and make others aware. This illiteracy and shame have taken up many serious health complications in women. This documentary is a tool to make people aware of periods and how important it is to address it.