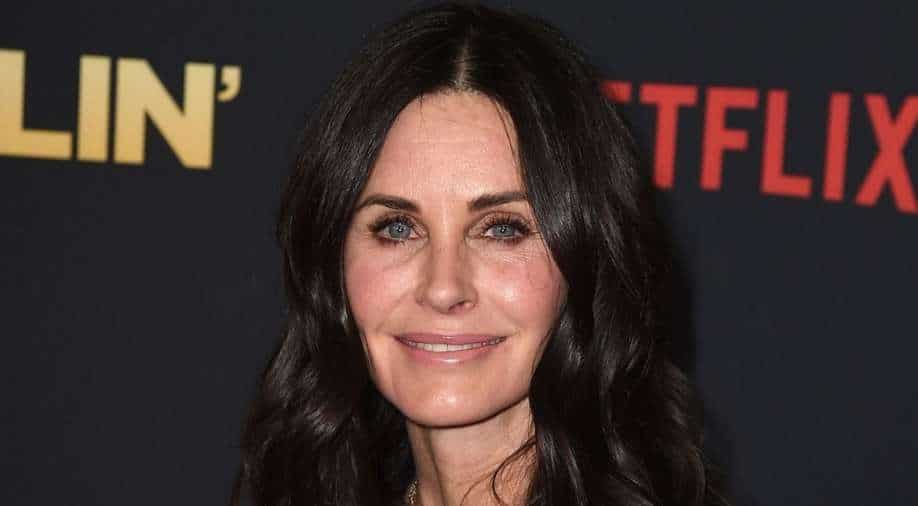 Courteney Cox is not ready to part with her home in 'Friends'.

Courteney Cox is not ready to part with her home in 'Friends'. The star posted a hilarious video on Instagram with her 'Scream' co-star Melissa Barrera which had Cox telling the actress that certain things are 'off limits'.

"Some things are off limits," Courteney wrote on Instagram, while sharing a video of the duo, in which Melissa pretends she lives in the apartment building that was used as Monica Geller's New York residence in the sitcom.

"Where are you going?" Courteney asks her on the street. "I'm just going home," Melissa, responds.

"Oh, you're going home. Hm, that's weird. I don't think that's your home," Cox can be heard saying. "I'm actually really happy you joined the 'Scream' cast, but this is not OK. This is off limits."

To which Melissa pleads, "Come on, Court." But she doesn't back down, "No, Melissa. No. There's only so much. Come on, go back to the Heights," she remarks, referencing Melissa's role as Vanessa in the musical movie In the 'Heights'.

Melissa then mimics one of Courteney's most iconic lines as Monica, saying, "I KNOW!" Courteney shouts back, "Stop imitating me. Oh, so pathetic."

Melissa sent her love on the video and wrote in the comments section, "But… I'll be there for you."

According to reports, Melissa plays Sam Carpenter in 'Scream', and Courteney reprises her role as Gale Weathers. The new horror film is expected to hit theaters next year.