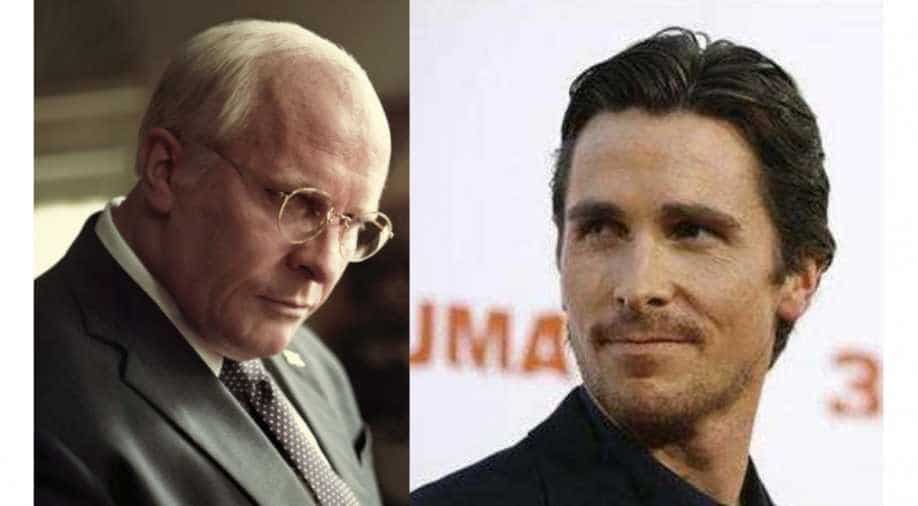 Christian Bale plays the role of former US Vice President Dick Cheney at the time of George W Bush presidency.

Christian Bale’s upcoming film ‘Vice’ starring him as former US Vice President Dick Cheney, will kick off the 2018 edition of Capri, Hollywood – The International Film Festival on December 26.

Adam McKay’s film from Annapurna Pictures explores the role of Dick Cheney over then-President George W Bush and the effects of his administration on the world today.

Capri president Lina Wertmuller and founder Pascal Vicedomini said Monday in a statement: “A timely film from a first-class filmmaker and with a stellar cast, Vice is the perfect film to kick off our festival. We sincerely thank Megan Ellison’s Annapurna Pictures and the Leone Film Group for making this exciting awards contender available to us as our opening-night attraction.”

Produced by Megan Ellison, Will Ferrell, Dede Gardner, Jeremy Kleiner, Adam McKay, Kevin J. Messick and Brad Pitt, ‘Vice’ is currently being pitched as a frontrunner for many coveted awards including 'best picture' and 'director', with Bale expected to get a 'best actor' nomination.

‘Vice’ is set to release in the theatres on December 25 in the US and on January 3 in Italy through Eagle Pictures and Leone Film Group.

Capri, Hollywood is an annual event that takes place off the coast of Naples. Given its close proximity to the dates of Oscars, these are a key awards night.

Apart from ‘Vice’, Eli Roth will receive a career honour at the fest and his latest film, ‘The House With a Clock in Its Walls’, starring Jack Black and Cate Blanchett, will be presented at the fest. Matteo Garrone’s ‘Dogman’ will be honoured as European Movie of the Year. Israeli director Amos Gitai will also be presented with a career honour. His latest film, ‘A Tramway in Jerusalem’, premiered out of competition at Venice this year.